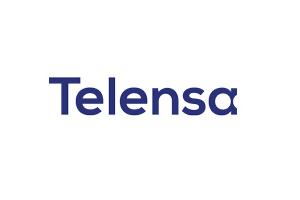 Telensa has announced that a major new deployment is underway covering 33,000 LED streetlights in Doncaster, UK. The deployment is part of Doncaster Council’s Smartlight project that will see existing lights replaced by LED luminaires from Urbis Schréder.

Telensa’s PLANet system consists of telecells plugged into each streetlight, which connect wirelessly to a cloud-based control application via a small number of streetlight-mounted base stations. The central system ensures that streetlights are set to the optimal level for each area and time of night, so that all areas are safe and well lit.  Additionally, because the streetlights are connected, local lighting levels can be continuously adapted throughout their 25-year expected lifetime.  The system accurately records the power consumption of each streetlight, allowing the council to ensure that it only pays for the energy consumed. The project is expected to reduce the council’s lighting energy bill by half while also providing an improved quality of light.

Telensa is the world leader in wireless streetlights, with projects covering a footprint of over 1 million streetlights worldwide. By connecting lights through a low-cost wireless network, further IoT applications can also be added quickly and cost-effectively. These include using connected streetlights as a communications hub for sensors such as traffic or air quality measurement, to connect new control applications such as smart parking, or integrating lighting-based analytics with other smart city systems.

“We’re delighted that our wireless PLANet Central Management System is a part of Doncaster’s ground-breaking Smartlight project,” said Will Gibson, CEO Telensa. “Connecting LED streetlights with smart city control is compelling because it pays for itself with extra savings in energy usage and avoiding needless maintenance visits, whilst giving the flexibility to centrally evolve lighting programs over time, future-proofing the LED investment.”

“The Smartlight Project is a fantastic scheme which will result in better quality lighting, a reduced carbon footprint and crucial financial savings for the council.” Mayor of Doncaster, Ros Jones, said.

“In a difficult economic climate where other authorities are turning off street lights at night or removing some lighting, ours is a resourceful approach that will maintain lighting while providing savings.”

The Smartlight project, also involving Salix Finance and Eon, is part of an-invest-to save initiative into which the council is investing £8.2m.