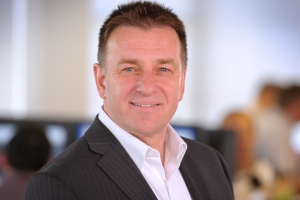 A pre-requisite for any successful 21st century smart city is ubiquitous wireless communications. The vision of an ‘always-on, always-connected’ environment embraces communications on the move, for people and machines alike. That in turn demands many more wireless access points, not just at home or at work, but in the streets.

There’s general industry consensus that mobile network operators will inevitably have to deploy large numbers of small cells in city centres to meet capacity and quality of service expectations.

Realising the full potential of smart cities, however, is currently being hampered by a disconnect between the visionaries and practical deployment issues down on the street, says Steve Greaves, CEO and founder, Cambridge Communication Systems (CCS).

There’s considerable variation in planning approvals to install small cell equipment, often down to interpretation of rules at local level. Municipalities with unreasonable constraints stand to lose out to those more accommodating and supportive of urban small cell deployment.

In the UK, there’s a national planning framework but each council can interpret it differently. The lack of consistency in what’s allowed means network operators can’t deploy a standard format knowing it will be accepted everywhere.

There are three methods of planning approval for a new installation:

Additional constraints also apply in conservation areas. De minimis is by far the most efficient method for deployment and incurs the least delay, but permitted physical dimensions vary tremendously between councils.

Traditionally, large cell towers have required full planning approval. The same approach seems to be taken for even the smallest urban cells, with timescales of over six months in some cases. Telefónica O2 had to submit over 400 individual planning applications in Westminster, despite obtaining prior permission for the scheme overall. Access to a large portfolio of potential sites provides the flexibility for radio and network planners to select the most efficient ones. Recent technical advances allow many to be considered feasible, including advertising billboards, shop front signs, bus stops and lampposts. Wireless backhaul avoids the need for every node to be connected by fibre.

Vodafone UK recently highlighted the difficulties of gaining access to suitable sites. Even where sites are available, the fees are prohibitive. The City of San Francisco charges $4,000/year for equipment mounted on its street poles, which makes the $800/year for use of a telegraph pole seem reasonable by comparison.

A commercial arrangement can work both ways. Hammersmith and Fulham council received £500,000 from Arqiva for use of their lampposts as part of a free WiFi service throughout the borough.

Same treatment as other urban equipment

With councils wanting to increase public safety, large numbers of CCTV cameras have appeared in a short space of time. More recent models are less obtrusive but necessarily project into the skyline or onto the pavement to provide visibility.

There doesn’t seem to be the same delays in obtaining site access and planning approval for CCTV equipment. Providing ubiquitous high-speed mobile broadband for citizens should be prioritised at least as highly as ubiquitous surveillance of them.

A generally acceptable format needs to be agreed for urban small cells. Clear guidance for shape, size and location would accelerate deployment considerably. Ideally, this would avoid the need for planning approval altogether or permitted development should apply.

Granting access to a larger range of sites at reasonable cost would also improve deployment efficiency, which in turn increases the attractiveness of living and working in those cities.

Municipalities that actively address these practical issues with clear and consistent rules are likely to be more successful in the long run. And the smart city visions might stand a chance of becoming reality.

The author of this blog is Steve Greaves, CEO and founder, Cambridge Communication Systems (CCS).