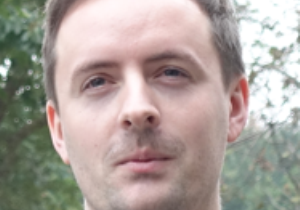 Recent news surrounding Amazon’s entry into the IoT market should come as no surprise to those in the industry. Earlier this year, Amazon took steps towards entering the connected home with its Echo and Dash products focusing on providing more varied ways of interacting with their existing services.

With Amazon’s reputation and clear dominance in public cloud computing, the announcement of their AWS IoT platform has sparked interest among companies looking to take advantage of the current trend in all things “connected”, says Daniel Collins, chief data officer, ThroughTek Co., Ltd.

Convergence of IaaS and PaaS

In 2006, AWS introduced itself as a cloud platform offering low-cost, low-maintenance and highly scalable compute resources. Today, we have industry behemoths such as Google, Microsoft and IBM offering combinations of infrastructure (IaaS) and platform (PaaS) services. AWS has combined both for some time and the number of services they offer has steadily increased over time making it difficult to identify where IaaS ends and PaaS begins. AWS IoT represents Amazon’s best approximation of an end to end solution, reducing a complex ecosystem with connectivity, security and data processing components to an effective point and click deployment.

Despite being of dubious interest to those outside of the industry, Amazon’s choice of protocol support in their IoT service helps cement the positions of MQTT and HTTP as cornerstones of the connected device world. Their choice is hardly surprising as both are well established and serve complementary roles in IoT applications which typically deal with a mix of resource rich and constrained hardware. This initial offering is undoubtedly a safe choice for Amazon and is one that also lends inevitable weight to the move towards even greater widespread adoption of both of these existing protocols.

IoT, commerce and the captive audience

The real value of IoT comes from the combination of data from different sources to offer insights and intelligent recommendations that can improve people’s lives and businesses. Amazon enters the IoT market as the only key player with such a dominant position in the e-commerce sector and their own strategic position with respect to IoT’s business opportunities is of particular interest.

Their presence in the home is already tangible and the potential for them to capitalise on this through expanding subscription based products like Amazon Prime to include the wider smart home ecosystem is substantial. At the very least, Amazon has a head start on its competitors and is positioned as one of the few companies to turn smart devices into a hub for both generating profit and creating a more immersive shopping experience.

The convenience of the AWS IoT service naturally comes at a price, however, for companies whose innovation lies outside of IoT architecture, this certainly represents a viable option for prototyping their solutions. As ever, it will be up to enterprises to evaluate whether the pricing model will be competitive enough to scale and meet their individual business needs.

AWS make no claims on offering a truly end-to-end service and despite their latest product being closer than many others, complex areas such as hardware integration, data analysis and communication are left as open opportunities for customers to wrangle with. In addition, video data is of unquestionable importance especially when, for many, the smart home begins and ends with video surveillance as a service. These are challenging areas in their own right and their omission should be seen as confirmation that, from a business’ perspective, there is still much to be gained from specialisation and doing one thing very well.

Amazon’s entry into the IoT space will inevitably cause their competitors to stand up and take notice. AWS IoT offers little in terms of the genuinely innovative, however, Amazon’s existing position deeply rooted within many companies technical stacks combined with their strong track record and modular service design means that perhaps they don’t have to.

Daniel Collins is chief data officer at ThroughTek Co., Ltd. focusing on developing the data collection and analytical framework of the Kalay platform. Daniel obtained his D. Phil in Physics from the University of Oxford in 2010 and after two years working as a postdoc, he joined the British Government as its first Data Scientist. This position required him to both advise Government Ministers and help establish a cross-government data standard that aims to define aspects such as schema-design, security assurance and analytical best practices. Daniel has first-hand experience in big data processing, data mining and machine learning.

Amidst the socio-economic disruptions caused by COVID-19, the common cause of finding a solution to the pandemic has brought together individuals, institutions, communities, governments and society at large. Looking at such collaborative initiatives, says CP Gurnani, MD and CEO, Tech Mahindra.