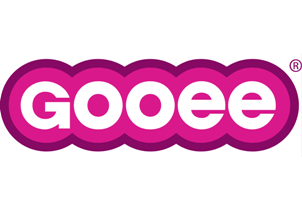 Gooee has developed, out of Silicon Valley, a multi-protocol enterprise IoT gateway that connects lighting and sensing devices to its cloud platform.

Developed to include features such as a cloud-integrated OS, the gateway supports multiple communication protocols including Bluetooth, Zigbee and WiFi (for commissioning) chips for wireless communication, along with both an Ethernet and Serial port. This enables the gateway to provide maximum interoperability options with other on-premise or cloud-based services.

Recognising that no existing IoT hub or ‘gateway’ has the capability to deliver the connectivity necessary for its lighting ecosystem to reach full potential, Gooee designed and engineered the gateway to offer increased reliability, connectivity and interoperability – as chief technology officer Simon Coombes explains: “In the early stages of our eco-system’s development we planned to work with existing gateway devices, but were unable to find anything that offered the adequate support for our platform to run efficiently and reliably.”

Also featured is an ARM based processor, the ability for offline capability through a local and secure RESTful API and MQTT over WebSockets, and a localised secure app-container to allow third-party service integrations. Further to this, the gateway will run Gooee’s Bluetooth Mesh, which has been purpose-engineered for it’s lighting and sensing end-points and is capable of handling the bandwidth needed for the volume of sensing data created through Gooee’s recently announced Sensing ASIC.

To complement the new technology, Gooee created and built a separate device to extend the range and end-point count that the gateway can support. Named the ‘Puck’, it is a Power-over-Ethernet to Bluetooth extender device that runs the Mesh protocol and works with the gateway to extend the device’s range and increase the number of end-point ‘hubs’ that are managed by the technology.

“Ensuring we can handle the wide range of environments is critical, so having offline capabilities with a local, security conscious API, and a distributed multi-gateway environment means we offer our customers better performance levels found within costly on-premise hardware,” Simon adds.

“Many hub and gateway manufacturers claim their devices support thousands of end-points, in some cases tens of thousands. That might be possible if you need a limited amount of control and are just turning groups of lights on and off. At Gooee, we are dealing with individual end-point control and a vast sensory network generating large quantities of environmental and energy data – put simply, our gateway is designed for this kind of enterprise scale,” Simon concludes.

Field-testing of the device is already underway, with installations at Gooee’s various facilities and pilot sites.