Home › Blogs › Connectivity on the edge 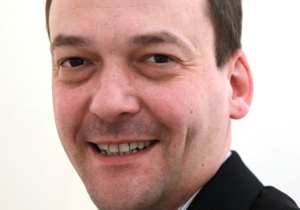 There is a technological tsunami heading straight to the centre of the mobile telecoms world. IoT promises a deluge of connected “things”, from smart water meters and remote perimeter access control systems to traffic congestion monitors and the intelligent home.

Whilst this brings exciting new business opportunities, the mobile industry has a big hurdle to overcome. The centralised mobile network architecture as we know it may simply not be up to the job of handling the huge hike in traffic volumes expected to result from the billions of IoT devices predicted to come on stream over the next few years, says Carsten Brinkschulte of Core Network Dynamics.

I believe it is time to rethink the core architecture of our mobile networks to make them fit to ride the IoT wave.

Inevitably, the industry voices differing opinions on the speed of predicted IoT growth. According to Gartner’s latest research, 6.4 billion connected “things” will be in use worldwide in 2016 – up 30% from last year – reaching 20.8 billion by 2020. Others forecast an eye-watering 50 billion devices will be installed on the networks in the next five years, whilst analyst firm Beecham Research sounds a more cautionary note, warning against the current surge of IoT hype.

Even allowing for over-optimistic projections on the part of some industry commentators, I believe that the architecture of today’s mobile networks, based on a centralised star topology, needs to be redesigned to cope with billions of devices rather than the millions of Smartphones for which they were originally intended.

The nub of the issue is that IoT will demand much more of our wireless networks. The embedded sensors already keeping tabs on electricity meters or tracking shipping containers are just the tip of the iceberg. IoT will enable new levels of wireless connectivity in a huge range of things by bringing devices, people and analytics platforms together. Combining sensor and aggregated data with other available facts and figures will spark new services, applications and opportunities.

Today’s LTE networks, however, are based on a star topology with a centralised EPC (Evolved Packet Core) for handling authentication, signalling and network traffic. The average base station typically handles signalling for up to 1000-1500 devices. As future IoT applications emerge – many of which are yet a twinkle in the inventor’s eye – a base station might have to manage several hundreds of thousands of devices, each one sending signals and transmitting data. I believe that this surge of devices will put significant strain on backhaul traffic, which will become a critical bottleneck as devices communicate back to centralised core networks. Handling authentication, signalling and traffic for billions of devices will overload the centralised EPC, resulting in degradation of service quality for Smartphones and triggering large investment requirements for operators fighting to handle the load.

I believe that in order to avoid network meltdown and take pressure off the central core, we need to rethink how mobile networks are designed and learn from how the Internet managed the growth to handling billions of devices. Telcos have already started out on their journey to bring more Internet technology to the mobile networks with new network technologies like NFV (Network Functions Virtualisation) and SDN (Software Defined Networks) igniting network architecture redesign. With NFV and SDN, carriers no longer need to use expensive dedicated hardware for separate service functions, but can virtualise services using software running on standard computing hardware. As a result, mobile networks will become more flexible and cost-effective.

The Internet is a perfect example of a decentralised mesh architecture combined with a star-of-stars topology, which is why it handled the growth to billions of endpoints so elegantly. By applying this model to the mobile telecoms world, we can prevent the central core networks from drowning in the flood of data and signals emanating from billions of IoT devices.

A complete overhaul of existing mobile networks will be very expensive, however, and will probably take many years to complete. I believe that we will see the first significant deployments of NFV/SDN at the edge of the mobile network: Mobile Edge Computing (MEC) is a new concept, which provides an IT service environment and cloud-computing capabilities at the edge of the network, close to or even right at the base station. Based on virtualisation, MEC promotes decentralised core networks providing connectivity and computing at the edge, running applications and even the EPC closer to the devices.

With a decentralised EPC running at the edge of the network, some of the load from all these devices can be sectioned off from the central network and local traffic can stay local, preventing central EPC overload and reducing backhaul traffic at the same time. Applications, such as sensors and actuators for factory automation for example, will reap the benefits of reduced latency and much faster device-to-device communication as a result. I believe that offloading signalling to the edge and keeping local traffic local will become key to preventing central network and backhaul overload.

When preparing for the IoT wave, it is important to recognise that we will see an increasingly heterogeneous communication landscape. Over the past decade, mobile networks have assumed that all devices are on the same evolutionary path – from 2G to 3G to LTE – all running on protocols defined by 3GPP. In the IoT world, however, no single protocol will dominate. We are already seeing several parallel efforts with specialised and optimised non-3GPP protocols, for example LoRa and Sigfox. High-bandwidth low latency IoT applications such as live video streaming from a remote camera will require LTE, whilst LoRa and Sigfox are better suited for lower bandwidth applications such as smart water meters or other sensors requiring infrequent data transport but where power consumption and cost aspects are overruling. If operators want to play a central role in IoT, they need open up to the new heterogeneous world of IoT and embrace true openness.

In summary, I believe that taking the existing core network architecture to the edge of the network, while at the same time opening up the mobile network to non-3GPP protocols is the right approach to IoT for mobile operators. Mobile Edge Computing will play a key role in preparing mobile networks for the IoT rush.

The author is Carsten Brinkschulte, CEO of Core Network Dynamics.