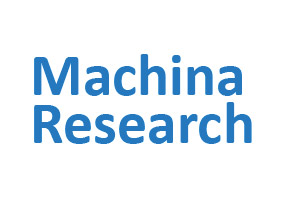 Inevitably in early January thoughts turn to what the new year has in store for the world of IoT. In the next few days we will be publishing both our research agenda and our predictions for 2016. Below are some of the key themes that will dominate both.

The first area of interest relates to the fact that IoT is still in its infancy and has a lot of growing up to do. In December we published a report entitled ‘The Emerging IoT Landscape’ which examined many of the key themes that arise as we evolve from Machine-to-Machine to the Internet of Things, an evolution that has been neatly mirrored by the name of this esteemed publication; M2M Now no longer, it’s all about IoT Now. Within that report we discussed complex and multi-faceted topics such as machine learning, domains of influence, the life of data, edge processing, application agility, IoT service marketplaces, monetisation of data, and Trusted Third Parties. We will need to understand and address all of these subjects, which mostly relate to how to deal with all the data that is being collected. Over the course of 2016 we can expect all of those themes to see much more prominence. Other topics which we’re expecting to look at in some depth in 2016 include semantics and ontologies, blockchains and product lifecycle management, again reflecting the increasing maturity and complexity of IoT.

The second major area to watch in 2016 will be enterprises and how they adopt IoT. Within our Enterprise IoT Research Stream we specifically focus on advising companies on how best they can harness IoT as a competitive differentiator. The big question is the extent to which IoT can jump the chasm in 2016 to become a fundamental part of every enterprise’s strategy. During the first quarter we’re planning reports on Mobile Enterprise Application Platforms, reflecting the increasing integration of IoT into wider business IT systems, and the procurement of IoT services. The latter focuses on how enterprises should procure IoT and from whom. The key issue that we’re reflecting in our research agenda is that most enterprises have still yet to be convinced of the value of IoT. The coming year needs to be one in which the industry as a whole learns to talk to enterprises in their language about what benefits IoT can bring.

During the second quarter we will be publishing Strategy Reports to address the twin thorny issues of privacy and security. Both need to be resolved if IoT is to flourish. The key for 2016 is to come up with an actionable framework for actually addressing both. Up until now the hollow platitude that ‘security/privacy is important’ has dominated. Now we as an industry need to step up and explain what should be done about it.

This is not to ignore the telecommunications area. If anything 2016 is gearing up to be one of the most interesting and fast moving for communications technology. Great news for those of us with a telecommunications engineering background. The elephant in the room for 2016 is the growth of Low Power Wide Area (LPWA) network technologies, the likely standardisation of Narrowband IoT within 3GPP, and the success of LoRA, Sigfox and others. There is a lot in the LPWA landscape that is due to shake out during 2016 and we expect to leave the year with a lot more clarity than we enter it. Back in November we published a Strategy Report ‘LPWA: Disruptive New Networks for IoT’ which provided our current views on the market. Other networks-related topics that will impinge on IoT include the increasing prevalence of Network Functions Virtualisation/Software Defined Networking (NFV/SDN) which will be potentially incredibly useful for supporting diverse IoT service requirements, better clarity on 2G and 3G switch off, and the looming prospect of 5G, on which we published our first report recently: ‘5G networks promise to expand MNOs’ capabilities in delivering IoT, but challenges await’. Something else we can be sure of is that Communications Service Providers will continue to target the IoT as a big growth opportunity and we will continue to monitor this area, with an update on our CSP Benchmarking report due in July.

And our packed agenda for 2016 will also look at diverse topics such as drones, smart buttons, fog computing, software bots, micropayments and energy harvesting, not to mention our ongoing work on documenting the regulatory environment and updating our market-leading IoT forecasts, It’s going to be a busy year in IoT!

The author of this blog is Matt Hatton, founder & CEO of Machina Research