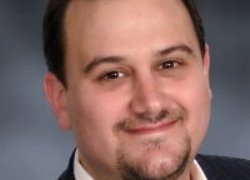 A fundamental change happens to businesses when they enter the world of the Internet of Things: they transform from being a product business (manufacturing and selling an item) into a connected-service business.

That is because when a ‘thing’ is connected, the customer relationship changes from being centred on the one-time sale of the product to the ongoing delivery of connected services. This adds value to the customer while unlocking new revenue channels for the manufacturer. At the same time, the connectivity makes it easy for the manufacturer to introduce new services, optimise service reliability and rapidly detect and resolve issues to keep customers happy. This is the real benefit of the Internet of Things – it’s not about the things, it’s about service, says, Macario Namie, VP of Strategy, Jasper.

With this in mind, our IoT trend predictions start with the expectation that 2016 will be the year that we stop counting the ‘Things’. Regardless of whether it is 15 billion or even 50 billion IoT connected devices next year, what really matters are the services you can deliver to your customers via those connected devices. So 2016 will be the year when we start measuring the benefits that IoT delivers rather than simply the number of devices.

Automotive manufacturers certainly understand that the real value of the Internet of Things is not in the ‘things’ themselves but in the services they enable when connected. In 2015, GM announced that all of its new vehicles in the US would ship with embedded 4G-LTE. And this is a growing trend – so much so that we predict that 2016 will be the first year where more new cars that are connected than not in the US.

2016 will also be the year where differentiation is required by the many “IoT platform” providers. Because IoT in the enterprise has been so popular throughout 2015, the ‘IoT Platform’ moniker was quickly adopted by everyone trying to enter the IoT solutions market. In 2016, we’ll see a demand for much clearer differentiation as the market calls for an understanding of how enterprises can expect to have a particular problem solved by each platform. This will lead to many providers moving away from the generic term ‘IoT Platform’. They will instead use alternative terminology that actually helps the market understand the different offerings, for example ‘IoT Application Enablement Platforms’, ‘IoT Service Lifecycle Platforms,’ and more.

Security must go hand-in-hand with greater device connectivity. Following the huge growth in IoT devices seen in 2015, the Security of Things needs to be firmly on the agenda for 2016. This year everyone – from device manufacturers to IoT solutions providers – will need to illustrate how they are making IoT security their focus. The winners will be those IoT solution providers who can help enterprises not only deliver connected services, but secure those services too.

Our final trend prediction for 2016 looks at low power wireless area network (LPWAN) technologies. Although there’s been a lot of talk about the promise of this technology for IoT, it is still early days. We predict that LPWAN Technologies will NOT go mainstream in 2016, and will not achieve wide deployment and adoption. Instead, 2016 will be the year of experimentation, testing and standards wars within the LPWAN ecosystem.

2016 will be an exciting year for IoT. It will be a year where more enterprises discover the benefits of IoT, and begin down the path of transforming from product businesses to connected service businesses. As a result, 2016 will see more companies delivering greater value to their customers, all while discovering new revenue streams.

The author of this blog is Macario Namie, VP of Strategy, Jasper.