Home › IoT News › Connectivity › The future of IoT, as told by those driving the revolution – Part 1 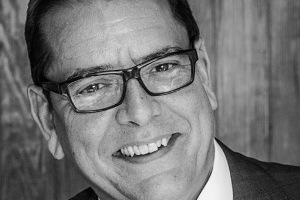 Internationally renowned Smart IoT speakers share their views of the industry ahead of what is claimed to be the world’s largest IoT event.

Call it what you will – the Internet of Things, the Internet of Everything, or simply the Connected World – the reality of it is that we are on the verge of the next industrial revolution, powered by IT. With Accenture predicting that industrial IoT alone could add $14.2 trillion to the world economy over the next 15 years by improving productivity, reducing operating costs and enhancing worker safety, excitement levels are high. However, despite this enthusiasm, there are a number of key issues that must be addressed for the revolution to fully take hold says, Michael Westcott, co-founder, CloserStill Media.

As businesses start to wake up to the benefits of a connected world, thousands of decision makers around the world will need to acquire the technical and business know-how to develop and deploy IoT strategies across their technology stack. It’s for this reason that CloserStill Media has created Smart IoT London, the world’s largest IoT event, which will bring together some of the biggest forces within IoT to discuss and debate how businesses can truly unlock IoT’s potential. As we look forward to the remainder of 2016, some of the event’s world -renowned keynote speakers share their thoughts on what the coming year has in store…

The year of IoT

According to Michael Westcott, Co-founder of CloserStill Media, the company behind Smart IoT London, history will show that 2016 “Is the BIG one; the point at which the digital revolution becomes truly pervasive and ubiquitous. It’s a year when we have to turn promise into reality and to allow the transformative power of the digital revolution to reach into every corner of every business and offer consumers, businesses, communities, cities and even nations, a range of benefits which even now we can’t fully measure.”

This enthusiasm is echoed by Anne Lange, CEO of MENTIS, who believes that the IoT and Big Data will become a focus for both the public and private sectors this year, with the benefits of citywide IoT initiatives becoming increasingly apparent.

“For the first time in history, companies, cities and industries are discovering very specific context-rich information and insights they’ve never had access to, gaining unprecedented possibilities to interact, deal and generate value. Smart cities’ urban space management offers one of the most interesting playgrounds to test the potential of the IoT.

“New technology such as integrated IoT platforms allows city stakeholders to connect with a huge amount of real-time information by correlating different sources of data to build smart services, despite multiple standards and communication protocols. It essentially helps city managers cope with the many challenges that come from growing populations and difficulties in creating new infrastructure, and can help ease congestion, inform city dwellers and visitors, change traffic behaviour, and provide insights for better decision-making by combining together the entire spectrum of mobility data (traffic, parking, public transports). That will completely change the face of modern cities in the next 10 years.

“In an IoT world, a city will save energy by combining traffic and lighting information: huge car traffic over night will automatically commend the reduction of lamp-post luminosity, saving up to 20% energy, without any change in perception from the public.”

As well as these social and environmental benefits, IoT has the potential to drive huge economic gains and create new and innovative business models, which several of Smart IoT London’s speakers commented on.

Ian Moyse, Rackspace, a Eurocloud UK board member and Cloud Industry Forum Governance Board member, added that: “Disruption has already changed the world, with six companies now accounting for 53% of the NASDAQ’s $664 billion market value (Amazon, Google, Apple, Facebook, Netflix and Gilead). In 2016, we can expect to see increased innovation and disruption throughout the year and beyond, as we are entering a time when legacy approaches, size and brand, will be viewed as totally impertinent.

“Organisations will be challenged by the necessity to survive and by millennials entering businesses with no emotive ties to the past; therefore they need to rapidly become agile and become more receptive to enable business at the speed of technology. First mover advantage and today’s incredible speed of market grab enables unknown brands to rapidly become global leaders, like we have never seen before.”

Show me the money

With so much talk about IoT, the use cases, the benefits and the devices, how do you actually make money from an IoT device? Moyse advises that “Businesses needs to uncouple themselves from old processes, mind sets and technologies, and embrace what is now possible to better serve external and internal customers. As we have seen with disrupters such as Netflix, Uber, Airbnb, Justeat and Bitcoin, customers are increasingly open to new, more efficient approaches, and providers are finding new ways to monetisation. From subscription-based models through to freemium services, being monetised from the suppliers on the system or the value of the data mining capability the service provision gains for them (take Shazam as a case in point).”

According to Anthony Fulgoni, business development at Kii, “Monetisation will be a major discussion point for 2016 – the need to create a regular monthly recurring revenue, which will fundamentally change the business model for device manufacturers. Before, the worry was the cost of the device, the cost of distribution, warranties and so on. In order to ensure the end user pays for the service, you first need to connect the device manufacturer to a mobile carrier, for example, which already has a billing relationship and can charge as part of their existing service.”

As noted by Fulgoni, a natural progression of monetisation will be partnerships. “We‘ve already seen this trend take off in 2015 with the likes of EMC teaming up with Vodafone to develop a platform for industrial IoT service development, Huawei partnering with German software giant SAP and testing and platform provider Jasper announcing a strategic partnership with Microsoft and hooking up with IBM. As IoT development accelerates, we will see more of this and in particular major mobile network operators who will be looking to others to provide additional ’smart’ services to end users, such as device management, analytics and platform services.”

The author of this blog is Michael Westcott, co-founder, CloserStill Media.