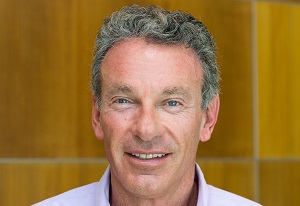 Ingenu, providing connectivity exclusively to machines, has accelerated the company’s roll-out of dedicated Internet of Things (IoT) networks around the globe based on burgeoning demand.

Ingenu already has a global presence, with 38 private networks built on its technology in more than 20 countries, including Japan, Chile, United States, Nigeria, Dominican Republic and Canada.

Now, working with strategic licensing partners, Ingenu will be providing connectivity specifically and exclusively for machine traffic in 25 countries on six continents around the world, accounting for more than 50% of the world’s population. Countries benefiting from these licensing agreements include Australia, China, New Zealand, Indonesia, Taiwan, South Africa, Thailand and the United Arab Emirates.

The global roll-out marks a strategic advance for Ingenu, which has made significant strides in building out its Machine Network™ across the United States since rebranding the company last autumn.

The Ingenu Machine Network build-out will continue as scheduled in the U.S., and the company will license its RPMA® (Random Phase Multiple Access) technology to partners around the globe, granting them exclusive rights to build nationwide public networks specifically for IoT traffic in their respective countries. These licensing agreements will enable key strategic partners to support connectivity initiatives for smart cities, asset tracking, transportation, energy, agriculture and a host of other IoT applications.

“Just as the growth of the Internet of Things begins to accelerate, companies are facing the harsh realities of sun-setting networks and ever-changing standards,” said John Horn, CEO of Ingenu. “The rapid global deployment of a network for machines changes that dynamic and allows companies everywhere to leave behind obsolete technologies, and build and deploy IoT solutions with stability for decades to come. Because of our 38 existing networks, we are able to prove that RPMA already works. This has enabled us to roll out an international expansion plan much more quickly than we expected. Very simply, this will establish RPMA as the global standard for IoT connectivity.”

“Our five-year plan has turned into a five-month strategy based on demand from the volume of global partners approaching us,” said Horn. “Their requirements are clear: they need cost-effective, future-proof solutions that are available now. Because of its broad coverage, global range and dedication to trillions of machines, Ingenu is the obvious partner.”