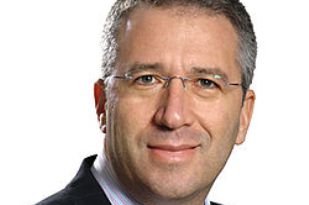 Meanwhile, the company has continued its investment in product lines for automotive modules, and in its services division. Telit has developed and launched an IoT Portal tool. In addition, an enterprise-grade industrial automation business unit, deviceWISE for Factory, has been launched.

Group chief executive, Oozi Cats, commented: “As well as another year of double-digit growth, we have continued to invest in our IoT Services division, consisting of our connectivity and platform capabilities as well as our IoT Portal tool.

“After several years of making acquisitions and high R&D investment, we are now in a position to scale the business and benefit from our operational leverage, and as such, we will continue to reduce R&D, Sales and Marketing and G&A costs as a percentage of revenue. As these cost elements reduce as a percentage of revenue and we continue to scale, we also anticipate that the business will start to generate significant free cash flows,” said Cats.

He continued that the combination of products and services needed to deliver IoT capabilities for global enterprises is now in place. Major corporates around the world are poised to exploit this new development in order to drive down their cost base, improve efficiencies and create new revenue streams.

“With our global reach and market leading position in modules as well as our connectivity, connectivity management and platform capabilities, we are well positioned to exploit these market developments. We are confident of maintaining our double-digit revenue growth in the current financial year,” Cats added.

This was the sixth consecutive year of double-digit revenue growth for Telit and improvements in all profitability parameters. The Group’s strategy over the last years has been to invest heavily in new product development and its operational infrastructure and it has acquired a number of businesses to widen and enhance its product and services capabilities, as well as geographical coverage.

Said Cats, “Our hardware strategy focuses on the industrial and automotive segments. Our position in the automotive segment was greatly enhanced by the acquisition of the ATOP business in 2014, which included highly skilled engineering and support staff. ATOP, which is fully integrated into Telit, has become the cornerstone of the automotive division. It has extended the Group’s market reach and is catering to the Connected Car trend, driven by factors such as safety, regulation, and smart infotainment.

“In addition to widening our product range, we have also built our Services division, which enables us to provide an IoT end-to-end solution (IoT as a Service), while increasing our recurring revenue base,” he added.

The Services division, encompasses the Group’s connectivity and Platform as a Service (PaaS) capabilities. Telit IoT Portal is a unified platform of these services that enables customers to manage their IoT products and services through a single portal, while having a unique set of value add services.

Telit sees the outlook for the automotive and Industrial IoT sectors as very encouraging, since the technology and connectivity elements needed to deliver end-to-end IoT solutions are now in place. The Board is reported to be confident of maintaining Telit’s double-digit revenue growth in the current financial year.