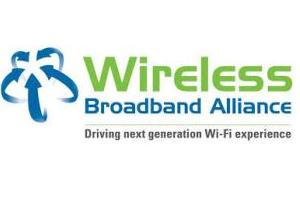 The Wireless Broadband Alliance signed a formal agreement with United Cities and Local Governments Committee of Digital and Knowledge-based Cities (UCLG-CDC) to work closely together on the development of connected city initiatives.

The partnership will play an integral role in the development of the Connected City Summit at the WBA Wireless Global Congress, taking place on June 28 in Liverpool, UK.

United Cities and Local Governments represents and defends the interests of local governments on the world stage, regardless of the size of the communities they serve. Since its creation in 2005, the UCLG Committee of Digital and Knowledge-based Cities, chaired by the City of Bilbao, has been working to reduce the digital divide and to boost the implementation of the digital local agenda as a means for improving the quality of life of citizens.

The Wireless Broadband Alliance, the UCLG-CDC and the City of Bilbao will immediately collaborate to develop the Connected City Summit at this year’s Wi-Fi Global Congress. Together, they will create the agenda for the Summit and outline key topics for discussion, inviting cities and governments from around the world to participate and discuss the challenges, opportunities and actions necessary for the development of smart city initiatives.

“Our cooperation with the Wireless Broadband Alliance is a perfect fit – we are both committed to the social and economic development of the Connected City ecosystem,” said Mr. Xabier Ochandiano, City Councillor for the Economic Development, Commerce and Employment of the City of Bilbao, Presidency of the UCLG Committee of Digital and Knowledge-based Cities.

“The Connected City Summit will be a great platform for cities from around the world to discuss and share their experiences, as well as help those in the early stages of development to execute smart city plans. We are excited to be working with the Wireless Broadband Alliance to drive awareness for global connectivity and help bridge the digital divide.”

The partnership will also allow the Wireless Broadband Alliance to expand its Connected City Advisory Board (CCAB) with UCLG members, inviting the group to participate in roundtable discussions on the development of smart cities. The CCAB develops and promotes the growth of the Connected City ecosystem. It recognises and disseminates information about best practices, as well as the challenges and opportunities cities face when executing Connected City plans.

“We are thrilled to be cooperating with the UCLG on the development of our Connected City Summit at the Wi-Fi Global Congress. The Committee will be imperative to the development of the agenda and gaining participation from cities from around the world to discuss, debate and ultimately help make smart cities a reality,” said Shrikant Shenwai, CEO of the Wireless Broadband Alliance.

“Wi-Fi will be the key to bridging the global digital divide, connecting the unconnected and the underserved. We have a hope and vision for universal and affordable connectivity for all, which is why we have created the Connected City Summit at Wi-Fi Global Congress, and are continually looking to expand the CCAB.”

The Connected City Summit is taking place on June 28 at the Wi-Fi Global Congress in Liverpool, UK. For further information email contactus@wballiance.com