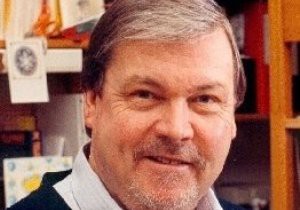 Microsoft is normally associated with proprietary technology that becomes a de facto industry standard. Therefore, the recent announcement that MS will support Kura and the open source Eclipse community came as a surprise, says Bob Emmerson, a freelance writer.

This move would seem to reflect the accelerating development and implementation of IoT solutions in the market and MS’s acceptance that the company needs to embrace open standards in order to facilitate wider usage of Azure, the company’s cloud platform.

Eclipse-Kura is an application development environment that allows programmers to employ Linux and Java, open source technologies with which they are familiar. This means that extending access from Azure to and from this environment makes business sense, i.e. it should give MS a bigger slice of the IoT action. Extending access has been enabled by creating a plug-in, which is a relatively simple task.

The Azure Toolkit for Eclipse provides templates and functions that allow developers to create, develop, test and deploy Azure applications using the development environment. The spin is a “developer mission is to deliver experiences that empower any developer, building any application, on any OS.” In addition, Microsoft is taking its relationship with the Eclipse community to the next level by joining the Eclipse Foundation as a Solutions Member.

Eurotech is a company that one associates with open standards; it’s in their DNA. In a recent interview with IoT Now magazine, CEO Robert Siagri, indicated that the IoT vision is service-based, enabled by the flow of data produced, and the power of that vision is enhanced if the flows of data are open to all parties to be used in creative and original ways.

To that end, Eurotech and IBM co-authored the innovative MQTT protocol, submitted it to the OASIS consortium as a standard for IoT communications and donated it as open source code through the Eclipse Foundation IoT working group.

The company is also a founding member of the IoT Working Group within the Eclipse Foundation, which is an open source community of tools, projects and working groups. Kura, which is a Java/OSGi-based framework – with the initial contribution to the Kura project actually coming from Eurotech – is employed in Eurotech’s intelligent multi-service gateway, where Kura APIs enable access to the underlying embedded hardware and a lot more.

The Open Services Gateway initiative (OSGi) defines an architecture for developing and deploying modular applications and libraries within a unified framework. It adds the modularity aspect in a standardised way to the abstraction/virtualisation aspect that Java brings. Any framework that implements the OSGi standard provides an environment for the modularisation of applications into smaller bundles.

The author of this blog is Bob Emmerson, a freelance writer and IoT industry observer.