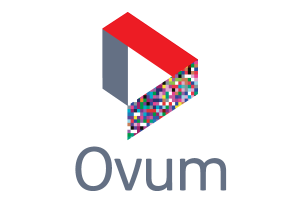 Telco and tech firms spent more than US$31 billion on IoT-related investments and acquisitions between 2011 and 2015, according to new research from Ovum.

“Using data from its IoT Investments Tracker, Ovum tracked 76 deals across 8 sectors, including IT services, wearables and connected car. Intel led the charge with its US$16.7 billion acquisition of chipset maker Altera, while Verizon, Google and Qualcomm each made at least one acquisition over US$1bn during the reporting period,” said Francesco Radicati, senior analyst, Digital Service.

The number of acquisitions grew from four deals in 2011 to 19 in 2015, while the number of investments peaked in 2013, as companies such as Fitbit attracted more interest from the tech and telco sectors. The biggest single investment in 2015, a $115 million Series D round for ultra-narrowband network provider Sigfox, was made by a group including venture funds from Telefonica, NTT Docomo and SK Telecom.

“While telcos are growing more interested in IoT, the data show that vendors like Intel and Qualcomm, and tech giants like Google, are still putting the most money into the sector,” said senior analyst Francesco Radicati, the author of the report. “Thanks to their corporate venture funds and their proximity to key innovation ecosystems, these firms have the expertise to identify up-and-coming IoT start-ups, as well as the funds needed to invest and acquire such companies.

“However, telcos are becoming more active themselves, by setting up their own venture funds and start-up accelerators and by making acquisitions to support their existing strategies. Notable examples are Verizon’s 2012 purchase of Hughes Telematics and Vodafone’s 2015 acquisition of connected car service provider Cobra,” concludes Radicati.