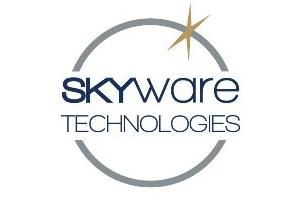 TAQNIA Space, Skyware Technologies and Crescent have signed a joint venture agreement in Saudi Arabia with KACST as the technology partner.

King Abdulaziz City for Science and Technology (KACST) is an independent Saudi scientific organisation with a long experience in research and development. With its current invaluable scientific Saudi resources and technology experts, KACST is considered to be the main technology partner for the new venture in Saudi Arabia.

This initiative is the product of a long standing relationship between Crescent Technologies’ founders Bandar M. Al-Saud and Omar A. Talib and Granahan McCourt Capital principal David McCourt, who have partnered together on multiple telecom, media and technology ventures.

The created JV (Joint Venture) aims to be a global manufacturer of satellite equipment, with the initial focus on manufacturing an innovative HTS Ka terminal to provide high throughput for satellites fleets around the world. Through their investment, the JV company will establish, manufacture and market the first Saudi high throughput satellite terminals. The new terminal will be serving both satellite service providers and operators in the Middle East, North Africa and worldwide.

“With the expected cooperation between the new joint venture and KACST as its technology partner, the Joint Venture and satellite RF manufacturing facility will help to propel the Kingdom of Saudi Arabia to become a leader in advanced integrated terminal solutions,” said H.H. Dr. Turki bin Saud, president of KACST and chairman of the Board of Directors for TAQNIA.

“With the contentious changes in satellite market dynamics and the increased demand for high-quality managed satellite services, it has become essential for satellite operators to build their organic engineering expertise that relates to service components and to have a better control on service cost.” said Eng. Abdullah Al-Osaimi, TAQNIA SPACE CEO.

“We are very pleased to be part of this joint venture with such highly-regarded partners as KACST, TAQNIA SPACE and CRESCENT,” said David McCourt, Skyware Technologies founder and CEO. “Skyware Technologies has a reputation for developing sophisticated satellite terminals for government and military use and has considerable experience partnering with major international defense agencies, governments and leading industry bodies, including the European Space Agency.”

Crescent Technologies’ spokesperson Abdullah Al-Bawardy said: “Crescent is very excited about this opportunity as it sits within our core objective of bringing world-class partners together to create long-standing businesses in the Kingdom of Saudi Arabia.”