Home › Internet of Things/Cloud Services › Making smart homes the rule, not the exception 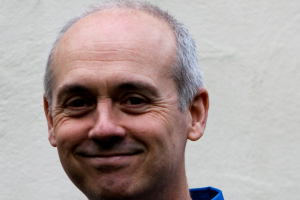 Jetsons-style smart homes were once a pipe dream for consumers, however they are now slowly becoming a reality across the world. We have reached the point now where consumers are increasingly looking to add smart features to their homes, especially ones that fit in with their existing devices and infrastructure.

In order to meet this increased demand, companies around the world joining the crusade to automate the home need to get up to speed with consumer demands, and fast, otherwise run the risk of being left behind, says Martin Woolley, technical program manager, Bluetooth SIG.

According to a recent report by Argus Insight, smart home satisfaction and adoption among consumers is currently being hampered by a lack of interoperability, mostly due to the speed at which developers are bringing new devices to market.

In light of this, companies and developers must work with consumers in order to identify and address interoperability issues between devices before they reach the marketplace, providing consumers with a more seamless smart home experience.

As well as tackling interoperability issues, OEMs and their wireless technology suppliers must work together to adopt and maintain a singular set of IoT standards in the smart home, ensuring that rigorous, widely supported, and formal standards exist.

With these aspects addressed from a development point of view, consumers can then start to fully embrace the smart home, especially as more so than ever before, consumers are searching for intelligent ways to take control of their home quickly and easily through the use of devices and sensors. Sensors and devices that control temperature, lighting, doors, windows, motion detection, and more, are able to collect and wirelessly share data with applications stored directly on compatible devices, or even into the cloud.

Proprietary and closed solutions have also historically made the smart home expensive, complicated, and limiting for consumers, and as such, fully integrated smart home systems have been considered expensive to design, purchase and install.

Changing this perception is the only way to unlock the true potential of the smart home. Bluetooth technology, for example, is enabling this change, offering unrivalled scale and interoperability at an affordable level, alongside additional networking options such as mesh networking.

Mesh enables devices to connect together in networks that can cover an entire smart home, allowing devices to communicate with each other overly increasingly large distances. Bringing with it the ability to cover entire buildings, while maintaining simplicity and security, mesh networking allows all sorts of devices to connect across the smart home.

Bluetooth SIG is also actively working to develop a low power mesh standard that will offer interoperability on a large scale. This work is particularly important in aiding adoption of the smart home, as according to analyst firm IHS Technology, 91% of handsets sold worldwide by 2017 will be smartphones, and just about all of them will be Bluetooth enabled.

With all of these Bluetooth enabled devices, adoption of applications such as smart lighting, appliances, smart heating and cooling, locks and smart security systems is gaining momentum, but consumers still want more.

They want devices and applications that are simple to use, easy to set up, affordable, and keep their data secure. Consumers also want the confidence that they can buy a smart appliance off the shelf, set it up in minutes, and count on it to simply work.

While a lack of standards continues to hinder smart home adoption, consumer devices are likely to remain largely proprietary, leaving consumers to continue mixing up devices and applications from multiple vendors, adding to their frustrations.

In order for real changes to come into effect sooner rather than later, the constantly changing requirements of the consumer market must continue to be monitored closely by developers, and as organisations continue to work together, and with consumers, smart home adoption will soon become the rule, rather than the exception.

The author of this blog is Martin Woolley, technical program manager, Bluetooth SIG.