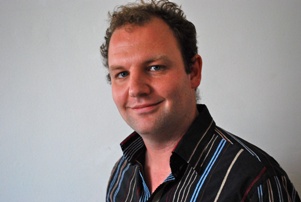 The directors of WKM Ltd, publishers of IoT Now magazine, are pleased to announce that, following the sad passing of Alun Lewis, George Malim is to extend his role with the company and has been appointed as Editor of IoT Now print magazine.

The appointment is effective from the September issue of IoT Now magazine. Jeremy Cowan will edit the June/July issue of the magazine before handing over to George on August 1, 2016.

George will continue in his role as editor of VanillaPlus magazine and IoTGlobalNetwork.com. As such, he has also been appointed to the new role of Managing Editor, working across the three titles published by sister companies PML and WKML. Jeremy Cowan will continue to edit the websites, IoT-Now.com and VanillaPlus.com.

Commenting on the news, Cowan said, “There is simply no-one that we would rather have to take on this new and expanded role. I’m sure our readers will want to join us in wishing George every continued success, and will continue to offer him their support. On behalf of the whole team, I would also like to thank the enormous number of people who have contacted us to share their feelings and generous tributes following the sad loss of Alun. He is much missed for his skills, knowledge, intelligence and kindness. This is a testing and difficult time for the whole team, and we are enormously proud of their response.”

“Alun’s many friends will also want to know that no date has yet been set for his funeral as the authorities continue to search for his next of kin,” Cowan added. News will be posted here when more is known.