Home › Blogs › The benefits of an Open IoT ecosystem 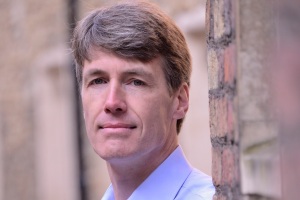 The WzzardTM Wireless Sensor Nodes are typically used to monitor the energy consumption and the condition of equipment and facilities. Examples where they have been used include data centre temperature monitoring to reduce energy consumption; construction aggregate plant monitoring of ‘crusher’ drive motors and conveyor belts to enable predictive maintenance and reduce unexpected failures; and for use in creameries to keep everything at exactly the right temperature and the correct humidity to protect flavour and control bacterial growth.

The Inclinometer Wireless Sensor Nodes are designed for near vertical borehole applications and are used to measure lateral movement in the ground or in a structure for applications such as detecting slopes and landslides; monitoring dams, retaining walls and bending in piles; detecting and recording ground movement due to tunneling operations; and measuring settlement and deformation of concrete slabs and tank bases.

The end-to-end solution, demonstrated at the recent Internet of Things Thames Valley Meetup in the UK, showed the benefits of true interoperability, extensibility and reuse from using industry standards including:

“A huge amount of ‘care-and-feeding’ surrounds every IoT application and in our experience, this can often consume some 80% of the overall effort,” said DevicePilot CEO Pilgrim Beart. “This extra work includes setting-up and managing connectivity, security, monitoring, provisioning and code upgrades.

In the past, manufacturers have implemented these functions in a proprietary way, which had the side-effect of locking the application into a closed silo, so no part of it could easily be used by third-parties or supplied by third-parties. This lock-in was dangerous for the customer and inefficient for the vendor and the need to translate between proprietary edge protocols and the cloud created real security vulnerabilities.”

Beart continued, “Using standards, which are entirely open and compatible with Internet Protocol allows easy re-use and integration of all components in the chain, from the edge device, through the gateway to cloud services, while also enabling end-to-end security. This brings huge efficiencies to vendor and customer alike, finally delivering the win-win benefits long promised by IoT”.

“Manufacturers and suppliers are under pressure to shorten the time-to-market of new products, which means they may be shipped and deployed with embedded software bugs or features missing. Industrial IoT devices are typically deployed in inaccessible places and the cost of servicing the devices manually to upgrade the firmware or change configuration settings can be prohibitive.

Security is also a key concern; in fact, history shows us that all software stacks have security bugs, which will need to be patched after deployment and therefore the ability to update software/firmware ‘Over- The-Air’ (OTA) for long-lived lifetime of industrial IoT devices is essential.”

“The Open Mobile Alliance is pleased to see another successful implementation of the Lightweight M2M (LwM2M) specification,” said Seth Newberry, general manager of the Open Mobile Alliance. “Interoperability is key to achieving the potential of IoT, and this demonstration illustrates how using standard protocols like LwM2M enables market growth and a healthy ecosystem.”

Mike Fahrion, VP IoT Technologies at Advantech B+B SmartWorx, said, “Reducing the friction in deploying and supporting IoT solutions is core to our strategy as an IoT hardware platform provider. By developing intelligent hardware platforms for the network’s edge, we enable systems integrators and solutions providers to deploy scalable IoT solutions. The work done by Connect2 Systems demonstrates that IoT solutions can be deployed using an end-to-end standards based approach that will be required for successful, cost effective, secure and scalable IoT deployments.”

The author of this blog is DevicePilot’s CEO, Pilgrim Beart.