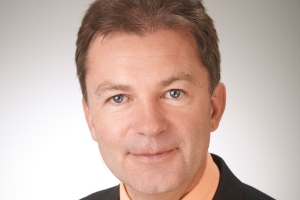 The internet of things (IoT) is making cyber security significantly more important. In fact, the IoT is currently the key driver of change in the IT security industry.

According to a European study conducted by Rhino Inter Group, more than half (51%) of companies regard the internet of things as the most important factor behind upcoming changes in IT security in 2016. A year ago, less than 40% of respondents were of this opinion.

The internet of things represents a vision in which the internet extends into the real world and many everyday items become part of the internet. It enables objects to be provided with information or to act as physical access points to internet services. This requires sensors and engines to be embedded into all manner of objects, says Raimund Hahn, chairman of the Diplomatic Council, CEO of Rhino Inter Group.

Rhino Inter Group predicts that around 25 billion devices will be connected to the internet worldwide by 2020. More than 90% of these will be fitted with sensors and/or engines so they can gather information from their surroundings and/or respond to it. Instead of being an end in itself, the connection of the objects to the internet simply enables them to interact intelligently with one another and with back-end systems.

The objects constantly collect almost unimaginable quantities of data, which is then continuously evaluated in the back-end systems. In the future, this data will be made available to people in virtually all areas of their lives.

All industries are affected

The interconnections created by the internet of things will gradually affect all industries. This will frequently not only lead to technological progress, but to new business models that result from the ability to connect the data collected and, above all, to analyse it. “Data is the new currency” is another way of referring to the concept of business models based largely or exclusively on data.

The market research company Crips Research has calculated that the big data market is currently worth 161 billion euros. Are there any industries that seriously believe they will not be affected by the IoT/big data trend? Instead of being afraid of these developments and seeing them as threats, it makes sense to view them as opportunities. To name just one example, an electric toothbrush with a built-in camera and other sensors that scan the teeth twice daily can use its connection to the internet and a back-end system to give the user advice about how to care for their teeth and their health insurance requirements far better than any dentist.

And there are hundreds, thousands and perhaps even millions of more examples.

Quality is the key to security

While software quality assurance comes naturally to the IT/IoT industry, it is a process with which other sectors need to become more familiar. The greater the role played by software and the more software penetrates our everyday lives via the internet of things, the more important software quality, security and safety will become. If a smartphone “crashes” it can be restarted, but if a car “spins out of control” on the road, it puts lives at risk.

The case of Joshua David Brown from May 2016 marked a turning point, as he became the first person to be killed by a software failure when driving a car in autopilot mode. The incident highlighted to the entire industry how dangerous it is for computer programs to make life-and-death “decisions”.

In light of this, safety and security are equally important, as it is both essential that the software functions correctly and therefore safely, and that it is secure and protected from third parties, such as hackers. Going forward, it is crucial that both of these aspects are built into every product from the very beginning to ensure that they are safe, secure and competitive. And if this weren’t difficult enough in itself, it should be remembered that clients expect these levels of safety and security as standard and are rarely prepared to pay extra for them.

The author of this blog is Raimund Hahn, chairman of the Diplomatic Council, CEO of Rhino Inter Group