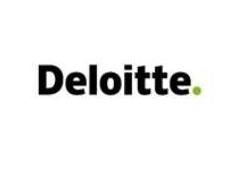 1.Two-thirds of UK consumers believe the Internet of Things (“IoT”) could make their lives better, according to the latest Deloitte Consumer Review;

2. Despite this, only half of consumers currently own a connected device, with the majority owning entertainment products, such as smart TVs, rather than connected appliances;

3. 70% of UK consumers do not plan on purchasing an IoT product in next year;

4. Price and perception still among the main barriers to purchasing IoT devices.

UK consumers are aware of the potential benefits of the Internet of Things (“IoT”) and believe it could make their lives better, but perceived high prices and scepticism about the technology are putting them off from buying connected devices.

In a new report from Deloitte, the business advisory firm, more than 2,000 UK consumers were surveyed about their relationship with IoT devices for the home, ranging from smart TVs and wireless speakers to connected kettles and smart lighting systems.

According to the latest Deloitte Consumer Review: Switch on to the connected home, half (52%) of consumers currently own some form of connected device for their home. However, the majority of these are connected entertainment devices such as smart TVs and games consoles.

Consumers’ adoption of connected appliances and other devices such as smart lighting systems are much lower. Moreover, two-thirds (70%) of consumers do not intend to buy an IoT product in the next 12 months, highlighting the challenge that brands and retailers have ahead of them.

Significantly, consumers do appear to be aware of the IoT’s potential benefits: two-thirds (66%) of respondents believe IoT devices have the potential to make their lives better, rising to 91% amongst 18 to 24-year-olds. Older consumers also appear to have some understanding of the technology, with 37% of those aged 65+ saying that such devices could improve their lives.

Despite this, UK consumers identified a number of barriers preventing them from purchasing connected products, with half citing high prices (48%) as the biggest factor. A quarter (26%) of UK consumers believe that the technology is not ready yet and a fifth (21%) will only consider purchasing connected products when they need to replace current devices.

Ben Perkins, head of consumer research at Deloitte, commented: “It is clear from our research that we will see a gradual uptake in IoT devices for the home – not overnight adoption. Consumers are more aware of IoT’s potential than many in the industry might expect, but scepticism remains around the functionality and price of the technology.

“One of the biggest drivers for adoption will be the replacement cycle. The majority of new TV models are now ‘smart-ready’ and we will continue to see other home devices offer connected features as standard. As consumers replace their old kettles, ovens, fridges and lighting in the coming years, we will see a gradual escalation of IoT adoption. Through clever marketing and in-store demonstrations, retailers may be able to speed up the replacement cycle.”

In recent years, entertainment has been the principle driver for initial IoT adoption. Smart TVs (28%), connected games consoles (26%), wireless speakers (11%) and video streaming devices (10%) are the most commonly-owned IoT products amongst UK consumers.

It is thought that utilities and security will be the areas that see the next growth of connected devices. Around 7% of UK consumers expect to buy smart thermostats in the next 12 months, followed by security devices (6%) and smart lighting systems (5%).

Perkins added: “The next stage of IoT growth is likely to be seen in the areas of home monitoring, security and utilities. In the long term, we will see a gradual growth of connected kitchens and cars.

“The challenge for retailers will be in balancing supply of IoT products with the apparent lack of demand. Given the hype around IoT devices, there is a risk of over estimating consumer’s desire for connected devices in the short term. Retailers should develop flexible business models that are prepared for an incremental increase in demand for connected devices.”