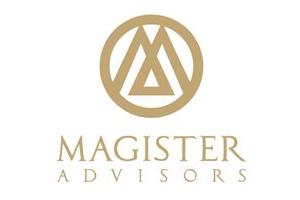 European technology financing’s have cooled since early 2015, while European tech exits remain strong and merger & acquisition (M&A) deal sizes are approaching US levels for the first time ever.

So says Magister Advisors’ H1 2016 report, The State Of European Tech Up To Brexit. The cooling of European late stage financing’s reverses a five-year trend of ever-larger financing’s that have fuelled the next generation global challengers who are choosing to compete from Europe.

This has now fundamentally changed. Series C and later financing’s are reported to have dropped by more than half in value since 1H 2015. Even adjusting for the large Spotify financing in 1H 2015, later stage rounds have still fallen by almost 50% in value these last 18 months.

This is in sharp contrast to Series A and B rounds, which remain strong as local EU investors continue to support start-ups. Magister Advisors thinks big-ticket rounds have dropped for the following reasons:

Perhaps the single biggest reason though, is the lack of venture capital (VC)-backed $1bn+ exits in Europe. Of the 16 exits since 2013 valued over $1bn, only two were VC backed. Nearly all were former PE-backed buyouts which were then sold or IPO’d (such as Worldpay, Nets, etc.). The lack of a clear path from Series C/D to $1bn+ exits will continue to restrict invested capital.

The surprise, says Magister, is that M&A activity remains strong, and consistent. In fact, European tech M&A deals averaged $72 million in value 1H-2016, not far off the $104 million average US level. It’s one of the smallest gaps Magister has ever recorded; normally US deals on average are close to twice the value of European ones, reflecting the much deeper pool of US tech companies available, and the maturity of the US industry overall. Magister believes the strength of European tech M&A is due to several factors:

Magister Advisrors believes that Brexit can only create greater uncertainty as time passes. Uncertainty is most likely to dampen the late stage financing environment even more as we roll into 2017. Perversely, Brexit seems to have had little impact on tech M&A. Since the firm completed its analysis Softbank has committed $30 billion to acquire ARM plc, and more $1 billion+ M&A deals are mooted for European segment leaders.

It is our view that many larger private tech companies will begin to take advantage of this trend by running “dual track” processes in the next year or two. This means that while they gear up to raise their next required round of funding, in the face of growing uncertainty, many will also want to consider M&A at the same time, if only to reduce risk and uncertainty.

Inevitably some people will be concerned that more European stars will end up “selling out.” The reality is that nothing will fuel the European tech eco-system more than a spate of high value exits in the next one to two years.

Brexit (or rather, the uncertainty created by Brexit) could end up benefitting the European tech industry over the next decade.