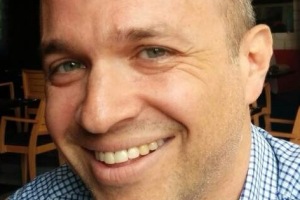 Rafi Zauer is head of marketing at Essence

At present, North America leads the world connected home market. Favourable conditions for development — such as the recovery of the residential market — higher adoption rate of security systems and better consumer awareness regarding smart home technology than anywhere else in the world are driving growth in the region.

According to Strategy Analytics’ forecasts, in 2016 American consumers are going to spend nearly 24 billion dollars in connected home devices, a sum that is expected to have doubled by 2020. According to Rafi Zauer, head of marketing at Essence, the greatest adoption drivers for US consumers are safety and security.

They highly value the ability to monitor their home from afar, and be able to protect it not only from burglars or intruders, but also from fire and water leakages. Accordingly to their strong home security culture, American consumers prefer to acquire their connected home solutions from a security service provider rather than any other retailer.

Although the connected devices market is more mature in America than anywhere else in the world, North America’s leading position may be overtaken in the next few years by the Asia-Pacific region. APAC is one of the fastest growing connected home markets, and has been anticipated to emerge as a market leader in barely two years’ time, mainly due to the increasing demand of connected devices in China, India and Japan.

Strong economic growth, rapid population growth —and thus the increasing demand of residential homes — a growing concern for electricity shortage in the region, the huge smartphone penetration and a big telecom industry are some of the main factors behind this fast growth.

Chinese consumers are the best informed on smart home technology and show high levels of interest in connected devices. Awareness of the smart home is also high in South Korea, where one in two people think connected home will impact their lives in a near future. Japan’s awareness, however, is one of the lowest in the region, although this situation will not last long.

The Japanese connected home market is evolving rapidly and is expected to grow fast in coming years, due to their highly advanced technology, increasing environmental concerns and significant government initiatives. Japan’s dense and rapidly aging population —currently one in every four citizens is aged 65 or older— will soon force them to look for new ways to take care of their seniors, thus driving demand for aging-in-place technologies.

Europe is at present the world’s second most important market. Statistics show that the European market, which is now just beginning to take off, is poised for exponential growth during the next five years, especially in Western Europe.

The widespread presence of broadband networks in European households will offer a unique opportunity for telcos and service providers that aim to offer connected home services to their customers. According to the study we conducted to compare European and American smart home consumers, energy saving and comfort are the main drivers or the European market, followed closely by safety and security.

For European consumers, the primary concern is reducing energy costs, so they are mostly interested in heating control systems, such as smart thermostats and lights they can control remotely. Another major driver is healthcare, due to Europe’s aging population and the extended wish to be able to continue to live independently at home for as long as possible.

The main drivers for connected home adoption vary slightly around the different world markets. While Americans mainly purchase smart security devices security, Asia-Pacific and Europe’s main goal is to lower power consumption and save energy, and also find ways to help take care of their senior population. However, regardless of the regional differences between them, there is a clear global trend: the connected home market is growing and expanding everywhere, and will continue to do so in the coming years.

The author of this blog is Rafi Zauer is head of marketing at Essence. Essence’s flagship products, Care@Home and WeR@Home, deliver the IoT experience for senior independence and complete home security, safety, and management.