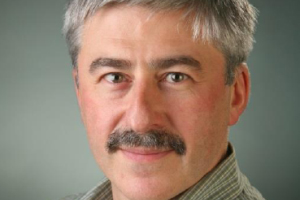 To illustrate the work already being done, Part 2 of this IoT standards article lists five groups that are working to make it easier for M2M applications and devices from different vendors to discover and communicate over diverse networks.

As Anatoli Levine of Spirent Communications says, each has different emphases in its approach depending on, for example, which layer of the M2M system it is focused on, which vertical domain is its primary concern or whether it is from the outset adopting an explicitly cross-domain approach.

Thread is a wireless, lower-power mesh networking technology being developed by Thread Group. It aims to help household devices, such as appliances, lights, thermostats and access controls, to discover and communicate with each other while remaining secure.

Rather than being a service layer platform, Thread is designed to improve interoperability in the network/transport layers. it is based on existing protocols, in particular 6LoWPAN running over 802.15.4.

The Alliance is responsible for developing the AllJoyn service layer platform to enable applications, devices and services from different vendors to discover and communicate with each other over a wide range of different underlying fixed and wireless networks and operating systems. AllJoyn was initially developed by Qualcomm and is currently being developed under the aegis of the Linux foundation as open source software. It is not currently published as a standard.

The majority of the commercial products using AllJoyn have centered on the smart home. These include TVs, audio equipment, domestic networking hardware, and home control and automation devices, as well as associated mobile applications. However, the AllSeen Alliance aims for AllJoyn to be compatible with a range of vertical sectors including automotive, education, enterprise and healthcare.

The OCF is creating a specification for a service layer platform that will allow device discovery and connectivity across devices from different vendors and across multiple operating systems. In addition, it is developing an open-source reference implementation (the IoTivity project) and, like the Thread Group, a certification program. As of June 2015 its IoTivity codebase was at a pre-release stage of development.

The OCF’s initial work has focused on the smart home environment but is expanding the specification to include a set of vertical market use case profiles.

The IIC – founded in early 2014 by AT&T, Cisco, GE, IBM and Intel – is working to speed the growth of the “Industrial Internet” combining M2M connectivity, big data and machine learning.

It is focused on developing use cases and application test beds, as well as working to improve the available frameworks and standards for device, application and network interoperability in the industrial sector. The IIC is working in partnership with the OIC to develop reference architectures within the OIC’s specification that are suitable for the Industrial Internet. It is not seeking to develop its own standard.

oneM2M is an M2M service layer standard based on a RESTful architecture – i.e. it is designed for applications running over networked environments. It uses existing protocols such as CoAP, MQTT and HTTP – as well as device management protocols including LWM2M and TR-069 – in order to support a wide variety of M2M deployment scenarios.

oneM2M’s approach is distinctive in that it is has from the outset built interoperability across vertical domains into its specification by addressing a wide range of use cases, including:

It has also provided for interoperability, both with existing M2M standards and with other M2M frameworks such as AllJoyn and OCF. It aims to support common service functionality across verticals and data sets to enable connectivity across many different kinds of M2M implementations.

The M2M market is at a critical growth point. It is shifting away from proprietary stove-pipe solutions, towards a standards-based ecosystem that enables communication between applications, devices and networks irrespective of vendor or vertical sector use case. This will encourage a significant increase in the M2M market, as it facilitates innovative applications that deliver ever-greater greater business value. It should also encourage more firms to deploy M2M solutions – with the confidence that they are not locked in to one vendor’s roadmap.

It is too early to predict which platforms will succeed, as this depends on which consortium wins the greatest support within the M2M developer community. But all M2M developers are strongly advised to follow the work of these consortia in order to ensure not only that their products can take best advantage of this rapidly growing market, but also to encourage tomorrow’s more open and fertile IoT environment.

The author of this blog is Anatoli Levine, director of Product Management for Developer Tools Business Unit (DTBU) at Spirent Communications

Since 2006, Anatoli has been the president of International Multimedia Telecommunications Consortium (IMTC) – an organisation facilitating interoperable implementations of multimedia communication technologies based on the open standards.