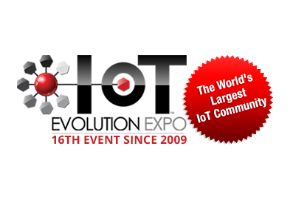 Thousands from the IoT ecosystem, as well as business leaders from around the globe, learned how to leverage the power of the IoT to transform and move their business forward. The event had a strong focus on case studies, deployment strategies and practical training, all of which provided attendees with a complete picture of where IoT can solve business issues, how it can drive revenue and what is required to deploy and launch IoT initiatives. The conference also included a one of a kind IoT Certification series which further enhanced the technical learning for many attendees.

The next IoT Evolution Expo  event will be held February 7-10, 2017, at Greater Ft. Lauderdale/Broward County Convention Center, Fort Lauderdale, Florida.  The call for speakers and registration are now open.