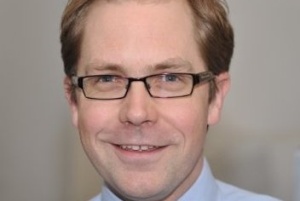 Interest in unmanned aerial vehicles (UAVs) or drones is growing in the telecoms sector, as these machines become suitable for more use cases.

Operators (such as AT&T and Vodafone) and vendors (including Intel and Nokia) are exploring their potential roles in providing connectivity and other services to the drone market.

The drone opportunity is unlikely to be huge, but will provide new customers for connectivity and other, already-developed IoT solutions. It may open up new niche opportunities and also provide lessons for the larger driverless car market, says Tom Rebbeck, research director – Digital Economy, Analysys Mason.

Future drones will need some degree of connectivity

Civilian drones typically use Wi-Fi connectivity at present. Future drones that travel beyond the line of sight may require wide-area connectivity, as described in the use cases below.


We understand that operators’ initial connectivity coverage tests are promising, although interference may be an issue. Any significant changes to connectivity that are necessary could damage the opportunity. It may be difficult to make a business case for improving network coverage in the air to improve drone connectivity alone.

The market for drone connectivity will be large, but probably not enormous

Various forecasts exist for the drone market, but the total number of drones is likely to be low relative to other IoT connections. For example, the USA’s Federal Aviation Authority (FAA) is forecasting total cumulative sales of 25.9 million hobby and commercial drones in the USA between 2016 and 2020. Many of these are unlikely to require wide-area connectivity, as they will only be used in line of sight.

Even if all commercial drones sold from 2018 to 2020 were connected to a wide-area network (and still flying) at the end of 2020, this would give a market of 7.9 million based on the FAA’s figures.

This is small, compared to our USA IoT cellular forecast of 101 million connections (not including drones) and 352 million handset connections. It seems likely that there would be a similar ratio of drones to IoT connections and handsets in other developed markets.

Operators should push for connectivity as part of the regulatory solution

Legislation will need to change to permit non-line-of-sight drones. Pressure for these changes is gaining momentum, as Amazon and others are looking at the technology. However, there is likely to be resistance, due to fears that drones will crash, collide with aircraft, or that those with cameras will invade privacy.

Many of these concerns may be unfounded (research suggests that the risk of drones striking aircraft is low) or covered by existing legislation (existing privacy legislation may be sufficient). However, connectivity could be part of a regulatory agreement. Operators should be exploring how mandatory connectivity could be part of the solution to allow drones to fly over longer distances.

Opportunities for operators may go beyond connectivity

The clearest opportunity for operators is connectivity, but other revenue generating possibilities may open up. Several possible examples are described below.

The most important reason for operators to explore the drone market may be the market for driverless cars, rather than the direct opportunities presented by drones themselves. Autonomous drones have many features and challenges in common with autonomous cars.

The market for long distance drones faces many obstacles. Development may be slowed by regulation, the business case for commercial drones may be challenging or the technical problems of autonomous flying may prove to be insurmountable.

However, drones could be an interesting and not insignificant market, which could also offer lessons for the future challenges of driverless cars. Telecoms operators should provide support for this opportunity and push for a favourable regulatory environment.