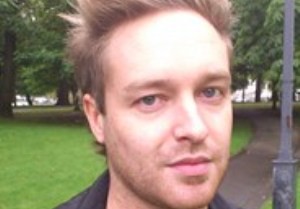 The number of active fleet management systems deployed in commercial vehicle fleets in Australia and New Zealand was 0.5 million in Q4-2015 according to a new research report from the M2M/IoT analyst firm Berg Insight.

Growing at a compound annual growth rate (CAGR) of 16.0 percent, this number is expected to reach 1.1 million by 2020. The fleet management market in Australia and New Zealand is today influenced positively by a number of different market drivers including regulatory developments such as health and safety regulations, road user charges and electronic work diaries.

“The fleet management solution market in Australia and New Zealand is served by a variety of players ranging from small local vendors to leading international solution providers”, said Rickard Andersson, senior analyst, Berg Insight. He adds that Teletrac Navman is established as the leading provider in terms of subscriber base in the region, holding a strong position in both Australia and New Zealand. “Other major players on the market include EROAD, IntelliTrac, MTData and Smartrak which are all based in the region”, continued Mr. Andersson.

The local suppliers Ezy2c and Coretex as well as the international vendors MiX Telematics, Ctrack and Geotab also have comparably strong presence. A number of commercial vehicle OEMs have also launched fleet management offerings for vehicles marketed in the region either independently or working in partnership with a telematics supplier. “The adoption levels for the OEM telematics initiatives however remain relatively modest and the market is so far clearly dominated by aftermarket solution providers serving fleets directly”, concluded Mr. Andersson.