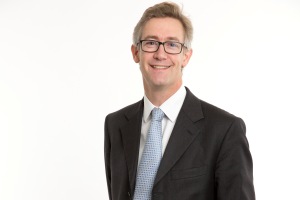 The author is Sean Weir of Arqiva.

In recent years the global focus on smart cities and IoT has increased exponentially, with businesses, local authorities and major governments across the developed world considering what a smart city deployment might look like for them.

While the UK continues to confirm its commitment to Internet of Things (IoT) projects through on-going investment, last year Arqiva evaluated how Britain’s smart city initiatives really stood up in comparison to other global examples and concluded that, at that stage, the nation appeared to be lagging behind.

Twelve months later, Sean Weir, business development director for Smart/M2M at Arqiva, asks has the UK taken lessons from the smart cities already in existence and begun bridging the gap between the IoT possibility and reality?

The short answer is yes and no.

Yes, UK smart city initiatives do seem to have increased in number since this time last year, but, as councils nationwide continue to face implementation barriers such as the need to incorporate technology advancements within tight budgets, there is definitely still room for improvement.

Last year we called out a selection of smart ‘IoT clusters’ springing up across the country including Digital Greenwich, Bristol is Open, the Innovate UK-backed HyperCatCity initiative, the Cognicity project at Canary Wharf and the Birmingham Urban demonstrator project.

While these are all still going strong, there are also a number of additional smart city projects of note up and running in areas from Surrey to Glasgow.

At the start of this year, for example, NHS England worked with Arqiva and Vision360 to launch one of two IoT Innovation Test Beds in Surrey, demonstrating how the use of network enabled devices such as monitors, robotics and wearables can drive better healthcare for older people in the comfort of their own homes.

The initiative aims to explore the benefits to landlords and tenants of the installation of a comprehensive package of sensor-based IoT devices in social housing. It’s expected to show that the use of IoT devices will help residents to drive down energy costs, predict maintenance needs and provide better asset intelligence for business planning purposes.

So how is the rest of the world progressing?

Since we last assessed the global smart city landscape, there haven’t been many new instances of exemplar greenfield (‘smart from the start’) and brownfield (‘smart by upgrade’) city projects.

The $35 billion project in Songdo (South Korea) remains the most notable greenfield example, but it is also still largely empty with just 35,000 of its 82,000 residents calling the smart district ‘home’. Despite its substantial innovation (and cost) residents seem unable to overcome the lack of diversity and vitality that only organic development can provide.

Santander (Spain), too, remains one of the largest smart urban infrastructures in the world with 20,000 devices deployed at static locations around the city. The brownfield initiative is currently delivering on its promise to improve citizen life by retrofitting smart technology into existing services including environmental monitoring and parking/traffic management.

Another country to add to the list of success stories is India, where the government has invested a staggering $2 trillion dedicated to making the country the industry leader in the smart city space. According to Investopedia, this makes it the world’s most expensive smart city project. Unlike projects such as Songdo and Santander, which involve the implementation of IoT infrastructure to serve a single region, India intends to deliver a nationwide scheme that will connect 100 cities across the country.

While we’ll need to wait a number of years to assess the project’s success, for now India’s approach offers some interesting considerations.

In light of these advances, it appears that many cities are setting out on ambitious smart paths yet there remain a number of barriers preventing development on a larger scale – both in the UK and abroad.

For many, the implementation of smart city infrastructure is still in the early research and consideration phase – and that’s fine for now. However, the key to enabling city planners to move beyond this stage into larger scale working deployments will be gathering the necessary evidence that these technologies can deliver real value. Large-scale projects like those already explored are great test beds for delivering such evidence and demonstrating the future potential of the smart city. In turn, these exemplar use cases afford other companies/city planners the insight needed to pilot smart initiatives for themselves – helping them gather the data required to build robust business cases for their own developments.

Further to this, education – of consumers, councils, government officials etc. – is critical to the success of smart cities. Benefits must be explained clearly and early on, councils must be open to change (to ensure current internal organisational structures don’t impede smart city progress), and consumers must be ready to embrace smarter living.

Part of this education piece also stems from the need for cities to work together more – as per the approach taken by the Indian Government with its collaborative cross-country project. Though the number of active smart projects is growing we need many more cities to follow break out of their current siloed developments and collaborate on joint ventures in order to realise truly smart city life.

Much as we concluded last year, the need for a joined-up approach to smart IT is still prevalent; for example, open data initiatives, supported by a robust communications infrastructure, such as a low power, wide area (LPWA) network, which takes into account the connectivity needed both now and in the future.

Once addressed, the market will have the means to mature quickly and we’ll see more and more pilots turning into full scale deployments across larger areas – providing the UK, and the rest of the world, with the opportunity to design and deliver truly smart changes for our cities today.

The author of this blog is Sean Weir, business development director for Smart/M2M at Arqiva.