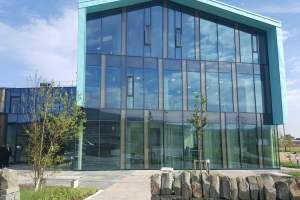 The network is at the new £13-million ($17 million) An Lòchran building on Inverness Campus, which was recently opened by Scotland’s deputy first minister, John Swinney.

Working to bring companies, the public sector and universities together to develop new business solutions, the partners, which include CENSIS, the Scottish Innovation Centre for Sensor and Imaging Systems; Stream Technologies; and SPICA Technologies, have installed 10 LoRa1 indoor environmental-monitoring devices at An Lòchran – Gaelic for The Lamp/Lantern. The building is jointly owned by Highlands and Islands Enterprise, the University of the Highlands and Islands, and Scotland’s Rural College.

Monitoring a range of data – including temperature, humidity, CO2 emissions, noise, and light – the network will help its owners and occupants make better decisions about how they manage the building, through data visualisation and analytics. It will also allow businesses in the Highlands to access emerging IoT technologies and support companies in developing new products and services.

The consortium aims to expand the network beyond the An Lòchran building, helping energy, life sciences, digital and agricultural businesses in the local area to embrace its potential. CENSIS said it will hold a series of workshops at the Inverness Campus during the project’s initial six months to help Highlands SMEs to understand how they can make use of the new LoRa technology to enable the IoT.

Mark Begbie, Business Development director at CENSIS, said: “This project in Inverness is bringing the cutting edge of the IoT revolution right to the heart of our highland community, putting it in the vanguard of IoT development in the UK.

Building on foundations laid by other initiatives, we are delivering the infrastructure to enable our communities and businesses to work with leading experts to connect devices, share data and bring about better decision-making. “As we look to roll out the network through urban and rural areas, we will create exciting opportunities for businesses in the Highlands and Islands. Long range, affordable and low power IoT connectivity will open up enormous possibilities across all sectors: from agricultural and environmental monitoring, to safer social care and more efficient transport and infrastructure. This will also enhance our understanding of the potential benefits of this technology in a rural economy.

“With fewer than 10% of the predicted 30 billion nodes by 2020 likely to be connected to the internet using cellular technology, networks like LoRa are going to become increasingly important. It has the potential to be as disruptive to businesses as the internet has been already to daily life – and the Highlands is leading the way.”

Nigel Chadwick, CEO of Stream Technologies, added: “Deployment of this LoRa network and facility places it at the cutting edge of smart economies and technical innovation. It positions Inverness at the forefront of digital and IoT Evolution. Stream Technologies and our IoT-X Connectivity Management Platform being in the mix underscores the enabling and strategic value of our technology to this high-growth sector.”

Tim Streather, Sales and Marketing director at SPICA Technologies, commented: “We are very excited to be working on this first-of-a-kind project with HIE, alongside our partners CENSIS and Stream. This engagement demonstrates the huge opportunity that exists for the IoT to deliver innovative solutions, and ultimately large cost savings in the building management space.

It is also a fantastic example of how quickly and easily IoT technology can be implemented, not just in the largest capital cities, but anywhere across the whole of the UK – in this case, empowering digital innovation and change within the Scottish Highlands and Islands.”

The Inverness Campus has been specifically designed to encourage collaboration between business, research and academia, both within the campus and with neighbouring organisations such as LifeScan Scotland, Raigmore Hospital and the Centre for Health Science.

An Lòchran will house the country’s first digital demonstration centre, #hellodigital, to help people in business, education and research make the most of broadband and digital technology. Other occupants of An Lòchran include renewables organisation and HIE subsidiary, Wave Energy Scotland, the Scottish Manufacturing Advisory Service (SMAS) and Interface, the service that builds links between business and universities.

Earlier this year, CENSIS announced it had created an IoT network in Glasgow, with a consortium of organisations, including: Stream Technologies, Semtech Inc., Boston Networks, Glasgow University, Strathclyde University and Glasgow Caledonian University. It covers 12km2 across the city, including the commercial centre, Merchant City and the West End. 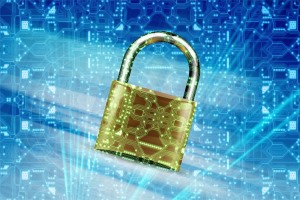 SASE the risk of over-rationalising

Chief information security officers (CISOs) are being encouraged to build a Secure Access Service Edge (SASE) migration plan to create a robust Zero Trust architecture, while also consolidating the security vendor suite. Yet, while the concept of single vendor SASE solutions may appear to meet goals for rationalising security costs and complexity, it creates untenable 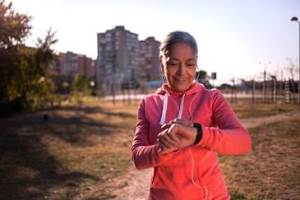