Home › Internet of Things/Cloud Services › Ericsson announces a 5G access network – but what is 5G? 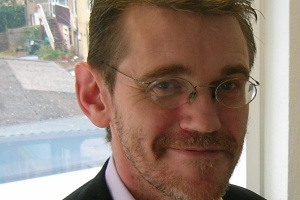 On August 31, 2016, Ericsson announced the launch of its new AIR 6468 cellular radio. Ericsson stated that together with the 5G Plug-Ins announced in June, and the (already available) Radio System Baseband 5216, it now offers all the components of a 5G access network.

Although there is no technical specification for 5G networks yet, when it comes to using 5G as a marketing tool the mobile network equipment providers (NEPs) are definitely cranking up the volume. At Mobile World Congress 2016 in February, Nokia announced AirScale, a cloud RAN server described in the launch release, and by CEO Rajeev Suri, as being “5G ready”. With its new announcement, Ericsson has ventured a step further, claiming that it will be able to deliver “a whole 5G radio access network (RAN)” in 2017, says John Delaney, associate VP European Mobility, IDC.

All this begs a big, basic question: what is 5G? There is no formal specification for 5G mobile networks yet. That being the case, how can NEPs describe their products as “5G”, or even “5G-ready”, and what are we to make of such claims? Is this simply a case of marketing hype, appropriating the new-generation label for something which is simply a new product? There are certainly precedents for that. In 2010, for example, the US operator T-Mobile used “4G” in its marketing to describe its faster 3G service, enabled by applying the HSPA+ upgrade.

On the other hand, it can be plausibly argued that we do not need to wait for the whole specification process to be complete before we can know what 5G is. Formal ratification of the standard is the end-point of a lengthy process, during the course of which it becomes increasingly clear what the specification will contain. Thus, before we have a full definition of 5G, touchstones will emerge which will enable us to assess the merits of a claim to be “5G ready”, or even “5G”.

3GPP is the body that defines standards for public cellular networks in licensed spectrum (despite the scope for confusion arising from its increasingly anachronistic name). 3GPP’s work on specifying 5G was kicked off at its conference entitled RAN Workshop on 5G, in September 2015.

The conference set out a timeline for the 5G specification process, comprising two phases:

The 3GPP’s RAN Workshop reached agreement on three broad use cases that 5G should address:

Although these use cases do not mandate any technologies, they do indicate certain groups of technology that are prime candidates to fulfil the use cases. “Massive” communications, for example, indicates the need to use higher-frequency spectrum, which in turn points to advanced MIMO, advanced beam forming and beam tracking. Another example is “low-latency” communications, which points to the need for a more decentralised network architecture, a design goal of ETSI’s mobile edge computing (MEC) initiative. These use case-related technologies can therefore be seen as touchstones for 5G relevance.

Another touchstone for 5G is “new radio” (NR). The 3GPP’s RAN Workshop noted an “emerging consensus” that 5G will include a new technology for the RAN that is not compatible with the RAN technologies used in previous generations. It is too soon to know what technology will be adopted to fulfill the NR requirement, but on the basis of this statement we can at least say that if a RAN uses the technologies of previous mobile generations, then it is probably not a 5G RAN.

So how justified are NEPs when they label their products “5G”? A year ago, when such labels started to emerge, we were skeptical, because from the technology standpoint some of the big questions about 5G remain open. However, we believe we are now starting to get an appreciably clearer view of what 5G networks are likely to look like, enabled by the establishment of consensus within 3GPP around (1) the principal use cases and (2) the presence of NR as part of the 5G specification.

We should also bear in mind that the NEP landscape has undergone substantial consolidation since the current generation of mobile networks was defined. As a result, the majority of the market for RAN equipment is now accounted for by three companies: Ericsson, Nokia and Huawei. (Huawei’s marketing is mainly stressing 4.5G (ie, LTE-A Pro) at present, but it is also very active in developing candidate technologies for 5G.) These companies do not passively receive specifications and technologies that have been developed elsewhere.

To an increasing extent, the technologies and products that the NEPs develop determine both the things that mobile networks can do, and the technologies that are used to do them. We cannot go so far as to say that the NEPs’ R&D projects define 5G; but as we get nearer to a specification for 5G, these companies’ research and products will exert a growing influence over the contents of that specification.

We don’t know exactly what 5G is yet. But we’ve reached the point where we know enough about 5G to see what it will not be, and to get growing clarity about what it is likely to be. On that basis, we believe we’re now entering the period in which vendors’ claims to have 5G products need to be considered on their merits, rather than being dismissed out of hand for being “too early”.

The author of this blog is John Delaney, associate VP European Mobility, IDC