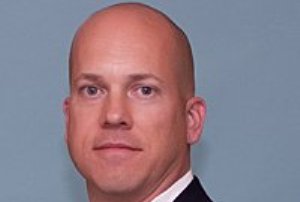 LILEE Systems, a provider of advanced mobile connectivity solutions and emerging innovator in cloud-based network solutions, unveils its new platform for mobile and fixed distributed enterprises. These include bus fleets and retail franchises.

LILEE’s TransAir™ STS series gateways and T-Cloud platform are said to enable organisations to network, track, control and interact with their mobile and fixed assets more rapidly and reliably to improve operations and reduce costs.

Its gateways offer multiple wired and wireless connectivity options and are installed in distributed assets, such as a bus or retail store. They include an onboard application engine that enables enterprise applications to run in a fog-computing architecture; i.e., integrating on-site and in-cloud computing.

LILEE T-Cloud is a cloud-based solution that provides network management, autoprovisioning and the ability for third-party software providers to integrate with STS gateways. Connection to T-Cloud, via LTE-A, Wi-Fi or Ethernet, allows operators continuous remote access to IoT data, analytics, and the ability to perform critical asset management functions including zero-touch on-board application upgrades and configuration.

In an example use case for a corporate shuttle fleet, the STS gateway can support intelligent, coordinated incident response. If there is a situation onboard, the driver can press an alert button to notify the district office via a tablet connected through Wi-Fi or a physical button on the vehicle connected through the digital I/O.

An application running on the onboard processor can then activate a network video recorder (NVR) connected to the application engine to stream IP camera data via LTE-A broadband to the district dispatcher for assessment. If the local police department is dispatched, the GPS on the STS provides location data for responders.

“A new generation of intelligent connectivity, provisioning, and management solutions are needed to drive adoption of IoT into a wider range of markets, such as first responders, retail, and smart cities,” said Vikrant Gandhi, industry director of Information & Communication Technologies (ICT) at Frost & Sullivan. “For distributed enterprises to take maximum advantage of IoT, it is critical to have in place highly reliable, high-bandwidth mobile connectivity in a dramatically smaller form factor, combined with the flexibility to perform diagnostics and analytics anywhere decision makers want – such as on-site or at a central location. LILEE’s new STS Series of fog computing gateways achieve this goal and set a new standard for value in the distributed enterprise.”

LILEE’s TransAir STS series gateways and T-Cloud platform offer several first-to-market innovations. Among the claims for STS are that:

LILEE has adopted an open, standards-based design allowing flexible, extensible use of the STS series gateway. The application engine supports Windows, Linux, and Android, enabling IT departments to run a wide range of enterprise applications of their choosing.

LILEE’s T-Cloud uniquely enables enterprises to deploy those applications to its gateway platforms on first connection and start up. Zero-touch autoprovisioning of core enterprise applications on a gateway consolidates equipment and allows for rapid start-up of distributed nodes, such as adding new vehicles to a commercial fleet or launching new retail stores for a franchise.

“For many distributed enterprises, from transportation and commercial fleets to retailers to remote networked equipment, IT departments struggle to manage a network that connects hundreds of locations one node at a time,” said John Marshall, senior vice president, Sales and Marketing at LILEE Systems. “Many enterprise IT departments do not have the resources to support remote sites or mobile fleets. LILEE’s solution represents a breakthrough and step forward in connectivity for the proliferating number of manned and M2M nodes across distributed enterprises.”