Home › Blogs › A new approach to testing GPS receiver resilience, and not just for military users 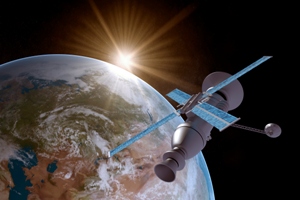 Testing a GNSS receiver’s response to RF interference used to be a pretty major undertaking.

One of my first ever projects in the GPS world was to test anti-jam antenna systems to evaluate how they coped with signal jamming.

In those days it was difficult to create wholly realistic scenarios with injected RF interference in the lab. So, to conduct the test, we set up scaled-down jammers on an open test range located in the South East of the UK. One of my abiding memories is of having to be vigilant over calibrating and adjusting the signal level of the jammers so that the interference we caused wouldn’t spill out beyond the range and interfere with nearby equipment, says Guy Buesnel, CPhys, AFRIN.

Collateral damage is something of an occupational hazard when it comes to large-scale, open-air interference tests. In 2007, a US Navy jamming exercise near San Diego knocked out cellular networks in the city, which were unable to synchronise time while GPS signals in the area were being jammed. And in April 2015, a US Air Force interference test in Idaho caused significant disruption to GPS-reliant agricultural businesses operating nearby.

But, while they can be disruptive, those kinds of tests are utterly necessary – and not just for military users of the GPS system. Today, it’s also critically important for commercial manufacturers to understand how their location-aware systems perform in the presence of RF interference.

That importance is growing for two reasons. Firstly, interference to GPS and other global navigation satellite systems (GNSS) is becoming more common, mainly due to more people buying illegal jammers for personal use. At a conference I attended in June, over 70% of the attending equipment manufacturers, professional users, designers, and system integrators agreed that GNSS interference is getting worse.

And secondly, humankind’s reliance on GPS and GNSS is growing fast. It’s an essential element in connected and autonomous vehicles. It drives precision agriculture, construction and mining. It sits at the core of consumer products like exercise trackers and games like Pokémon GO (whose runaway success is sure to usher in a whole wave of location-based augmented-reality games).

And that’s only on the geolocation side. GPS and GNSS also play a critical role in precision timing for everything from mobile networks to power grids and financial trading systems. In 2011, the US Department of Homeland Security said that 15 of the country’s 19 “Critical Infrastructure and Key Resources” sectors relied to some degree on GPS-based timing.

So understanding the resilience of a GPS-based system to interference is essential.

The author of this blog is Guy Buesnel, CPhys, AFRIN