Home › IoT News › Vodafone says Germany, Ireland, the Netherlands and Spain will be its first NB-IoT markets in 2017 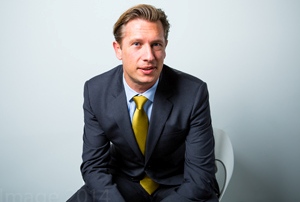 Vodafone announced that the world’s first live commercial NB-IoT networks will be in Germany, Ireland, the Netherlands and Spain in the first three months of 2017.

NB-IoT is the newly agreed standard for an industrial grade Low Power Wide Area (LPWA) network layer that will allow millions of everyday objects to be connected to the Internet of Things (IoT).

For Vodafone, the NB-IoT rollout will involve a simple software upgrade to its existing 4G base stations. This means that the rollout will be rapid and will deliver nationwide coverage almost immediately. The initial rollouts will be followed by other markets during the rest of the year with full coverage of Vodafone’s global network by 2020.

NB-IoT offers longer battery life, lower cost, extended coverage and operates in licenced spectrum meaning improved reliability for users. Overall, NB-IoT will act as the catalyst for companies to consider connecting things that would not have been viable with existing technologies.

Consumers will see a huge variety of products, services and applications enabled by NB-IoT, from water and gas meters to smoke alarms and smart car parks.

Last week, Vodafone completed the test of an NB-IoT connected product on a commercial network. Vodafone Spain connected a parking sensor buried in a space within the Vodafone Plaza in Madrid. A smartphone app displayed that the space was occupied when a car parked in it and went back to free when the car left the space.

Vodafone’s director of Internet of Things Ivo Rook commented: “The questions of battery life and deep in-building penetration have now been answered by NB-IoT. The low cost of the modules means we can expect a new wave of connected devices and soaring market demand. Vodafone’s expertise and experience in IoT will prove invaluable in shaping this exciting market.”

The development of NB-IoT has been supported by over 20 of the world’s largest mobile operators, who provide communications to over 2.9 billion customers and geographically serve over 90% of the IoT market.