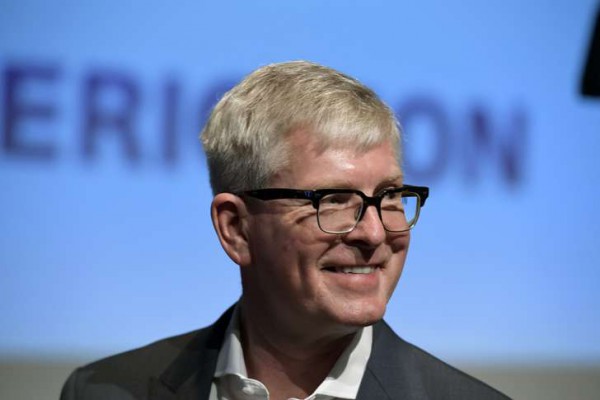 Chairman of the Board, Leif Johansson says: “I am very pleased to announce the appointment of Börje Ekholm. He has a solid understanding of both the technology and business implications of the ongoing convergence of telecoms, IT and media. Having served on Ericsson’s Board of Directors for the past 10 years, Börje Ekholm has full understanding of the challenges and the opportunities Ericsson currently faces.”

Johansson continues: “In the middle of a significant company transformation I am confident that Ericsson will benefit from Börje Ekholm’s world-class ability to forcefully execute on strategic direction and plans. Börje Ekholm brings years of experience from leading a publicly-listed company with a strong track record of driving shareholder value.”

Ekholm says: “I am very excited about this opportunity. As the networks and applications become even more important in a 5G-connected world, our customers and the industry look for continuous innovation. I look forward to joining the great team at Ericsson and working closely with existing and new customers around the world in shaping the future of our industry.”

Speaking to Tiernan Ray at Barron’s, Ekholm said, “the struggles lately are more of an overall market question” than something fundamentally problematic at Ericsson. “I don’t think you can cut your way to success. We need to invest in technology and development, that’s what is going to drive the top line. We need to re-invest in our business.”

Ekholm talked of the need for courage after a difficult year and for reinvestment, and he has spoken of the need for careful acquisitions. He added that Ericsson “can’t cut its way to success,” although further cuts to the company’s cost base seem inevitable.

Börje Ekholm is a member of the Board of Directors for Telefonaktiebolaget LM Ericsson, Alibaba Inc., NASDAQ OMX Group Inc. and Trimble Navigation Ltd. He is also a member of the University Board of KTH Royal Institute of Technology.

Born in 1963, Börje Ekholm holds a Master of Science in Electrical Engineering from KTH Royal Institute of Technology, Stockholm, Sweden, as well as a Master of Business Administration from INSEAD, France.

Commenting on the appointment, Jeremy Cowan, editorial director of IoT Now says, “Above all, Ekholm is there to focus on the worrying numbers already reported by Ericsson, and the lack of an early upturn disclosed by interim CEO, Jan Frykhammer on the latest earnings call. As an Ericsson Board member for the last 10 years, Ekholm is an insider and will know the organisation well. He holds a Masters in Business Administration from the highly respected INSEAD in France, and comes from a financial background, as president and CEO of several capital investment firms. He has also held a senior post at business consultants McKinsey & Co. Inc. It’s an impeccable CV, now we will see what that intellect married to broad business experience can achieve.”

“It is also no coincidence,” Cowan adds, “that Ericsson has appointed someone who sits on the Boards of businesses as diverse as Alibaba Inc., NASDAQ OMX Group Inc. and Trimble Navigation. It will be interesting to see if these connections in China’s e-commerce, North American tech stock management, and the connected global enterprise respectively will bring new opportunities for Ericsson in the near term.”