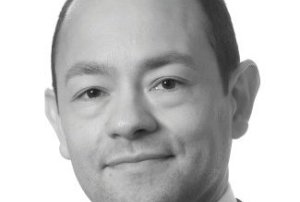 The Internet of Things (IoT) makes many promises; a more cohesive society, greater understanding of existing technologies and vows of a better, easier life. But as more and more ‘things’ become ‘smart’ are technology providers really ready to follow up on such grand gestures?

At present, it appears as though many of these promises and ideas are grounded in just that; theory. And without real-world examples, the hype around the smart city, smart transport and connected vehicles will remain aloft in fantasy. So in order for these exciting IoT initiatives to be applicable in the real world, technology leaders have to work in tandem with data owners, service providers and, arguably most importantly, consumers, to create a standardised platform that serves as the foundation for the myriad of IoT technologies, says Rafael Cepeda, senior manager at InterDigital.

An integrative approach is key to the success of IoT. And never is this more applicable than in smart transport. IoT leaders must first ensure key measures and components are in place before new overlay or back-end systems are introduced. This includes assessing the compatibility, scalability and unification opportunities within the existing technological environment. In turn, this means a new base, or ‘standard’, needs to be rolled out in order to successfully accommodate these smarter initiatives.

This is exemplified in the oneTRANSPORT and the related Smart Routing initiatives – two year complementary and commercially-focused projects that are challenging some of the growing pressures and concerns within urban/suburban transport networks. As population numbers continue to grow, naturally, there is a greater strain on tired local, public and personal transport and the wider metropolitan ecosystems with limited corrective resources.

The IoT platform used in oneTRANSPORT, currently being trialed in the English counties of Buckinghamshire, Northamptonshire and Oxfordshire, as well as in the city of Birmingham – for the ‘Smart Routing’ inititative – is an IoT platform based on open standards that is putting IoT theory into practice.

At present, transport data sets are all too often kept independent from one another and attributed to single providers. But by flushing these individual sets through the open horizontal platform, multiple players are able to collate their data in one holistic collective platform. This allows delivery of a superior multi-geography travel experience as well as generation of new revenues, in-journey travel optimisation and added value services that the real system ‘user’ – the traveller – desires and finds beneficial.

The platform can be envisaged as the ‘transport’ component that provides improved mobility within the ‘smart cities’ agenda, based upon standardised technology that integrates existing systems with future ‘smart city’ solutions.

The implementation of smart transport initiatives like oneTRANSPORT is already having a profound effect on the local transport communities in which they operate. In the case of Buckinghamshire County Council (BCC), oneTRANSPORT is enabling BCC to access specific lower-level data sets that were previously siloed and out of reach – from automatic number plate recognition (ANPR) and traffic cameras, to static datasets such as bridge heights and parking spaces. For the first time, BCC is able to decipher and analyse previously unintelligible data, which in turn helps inform the creation of new data sets that ultimately improve the counties travel networks.

Birmingham City Council is also utilising the platform to deploy a public transport routing application and a monitoring system that uses analytics and data caching to offer travel information even when there is no connectivity. Much like with Buckinghamshire County Council, Smart Routing will deliver improved user experience, reduce industry and local authority operational overheads and promote innovative new business models as part of Birmingham’s wider smart cities agenda.

As with most new technologies, a certain level of caution and hesitation is to be expected – especially when it has the potential to completely transform the way we live, work and play. But with closely monitored and carefully implemented standards, IoT initiatives have numerous benefits that will generate great commercial revenue, cause minimal disruption and have the potential to make people’s lives easy if not ‘smarter’.

The author of this blog is Rafael Cepeda, senior manager at InterDigital.