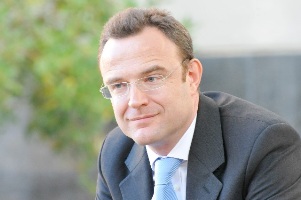 There are no Greeks hiding in the wooden horse of Harman. Samsung’s acquisition of Harman is about increasing its penetration of the automobile rather than offering a sneaky challenge to the car industry.

Samsung has announced that it will acquire 100% of Harman International Industries for KRW9.3 billion (US$8.02 billion) in cash with the deal expected to close in Q3 2017.

Harman is a well-known Tier 1 automotive components supplier with 65% of its $7 billion in revenues coming from the automotive industry.

Its particular area of strength is in audio, electronics and infotainment systems which are already present in 30 million vehicles worldwide, says Dr Richard Windsor, founder of Radio Free Mobile.

I see this deal benefiting Samsung in two ways.

First – Verticalisation. Samsung will have more internal demand for its components as well as a large, new in-house customer for its foundry, Samsung LSI. Furthermore, there will be an opportunity for improved integration between hardware and software which should improve the performance of Harman’s products.

Second – Customer access. Harman has strong relationships with almost every car maker which will give Samsung an avenue through which to sell its other products such as semiconductors and displays to the automotive industry.

I do not think for one minute that acquisition is about Samsung building its own car or about Samsung extending its own digital ecosystem into the car. Consequently, I do not see this deal as threatening for the automotive industry but it is a threat for suppliers of Harman who now may lose out to the in-house supplier and to Harman’s competitors who may have a tougher time going forward.

Apple’s realignment of its automotive experiment (see here) is a strong indication of how it is not a good idea for a tech company to start making cars and I do not think that Samsung ever had any intention of following Apple down this road.

Most importantly, Samsung does not represent the same threat to automotive brands that Apple and Google do, as it long ago gave up trying to compete in the ecosystem. This means that Samsung will not be intending to ensure that its services (perhaps with the exception of Viv (see here)) and its brand are front and centre in automotive infotainment units and it will not be extracting any data. Consequently, I think Samsung simply aims to extend its strategy of selling electronics at huge scale and thereby earning a much better return than its competitors.

This deal positions it well to meaningfully increase its penetration in the automobile as it becomes increasingly driven by electronics and increasingly autonomous. Samsung has realised that software and services is difficult and with every move that Samsung makes I see it increasingly leaving this piece to others such as Google.

Hence, I think the automakers can rest more easily when it comes to Samsung and continue to put their attention on ensuring that Apple and Google do not steal the relationship they are trying to build with the end customer.

The author of this blog is Dr Richard Windsor, founder of Radio Free Mobile.

This blog initially appeared on Radio Free Mobile and on DisruptiveViews.com