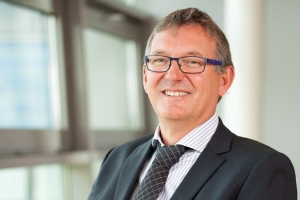 Barely one in ten homes in Europe have a smart home system in place. One reason for these rather low figures is that manufacturers of smart home solutions used to focus on exclusive and often expensive systems that are incompatible with each other.

To enable more consumers to enjoy the advantages of an automated home, the ULE Alliance has been working on the implementation of a new wireless standard. The number of companies that base their products on ULE is now increasing rapidly. Soon, other IoT solutions might benefit from ULE too.

Smart homes offer convenience, can prevent fires, water leaks and even burglaries, and help to reduce energy bills by up to 30%. However, barely one in ten households in Europe have some kind of smart home system in place. Even in the United States – seen as a more advanced market – merely 17% of homes are equipped with a home automation solution, according to statistics portal Statista.

One of the main reasons behind the slow adoption of smart home technology is the lack of compatibility. Until recently, most manufacturer of home automation solutions used to develop their own closed system. In order to use these systems, it is necessary to buy and install a special control unit, which only functions with products from the same manufacturer. As a result, users are limited to the product portfolio of a single manufacturer.

Making smart homes affordable for more consumers was one of the main reasons why a number of companies met in 2013 to found the ULE Alliance. Since then, the not-for-profit organisation has been working relentlessly to establish Ultra Low Energy (ULE) as the universal standard for home automation systems.

The effort is now starting to pay off. Over the last few years, the ULE Alliance has won the support of several industry organisations, telecommunications operators and manufacturers such as Panasonic, VTech, AVM, Huawei and Deutsche Telekom who have started to implement ULE technology in their gateways and smart home solutions.

The ULE standard is based on DECT, a technology used all over the world for cordless telephony. “All that is required to adapt DECT devices to the ULE standard is a firmware update,” said René Kohlmann, chairman of the ULE Alliance. “As a result, smart homes are now becoming affordable as consumers can often use the equipment they already have at home to setup their very own smart home system. Smart home owners can also shop around to extend their system according to their demands, regardless of what a single company might offer.” IHS Research estimated that over 50 million smart home devices were sold globally in 2015, and an increasing number of these products such as fire alarms, motion, gas and water leak detectors as well as thermostats are based on ULE. Users who want to be sure that their ULE devices are compatible with products from other manufacturers should check if the components have been certified by the ULE Alliance, though.

By making smart homes affordable, the ULE standard is helping many consumers in the UK and Europe to make their dream of a convenient and secure home a reality.

And that’s just one area which might benefit from the key features of the ULE standard such as low energy consumption, no interferences with other equipment, and secure transmission of data and voice control. It is likely that a wide range of IoT solutions will be based on ULE in the future too.