Home › Blogs › Is this the answer to the smart home configuration nightmare? 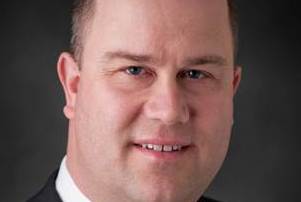 Many of us love the idea of smart home devices – simplifying tasks like turning on lights or locking doors – but even early adopters will admit, they can be a pain to configure. There are too many steps, too much guesswork and too many potential security holes.

And for service providers selling the promise of the smart home, current installations mean time spent at the customer premises dealing with specialised services and products, resulting in big labour costs and reduced profit potential.

So at CES this year, Sigma Designs, a smart home enabler, and maker of the Z-Wave specification, is introducing an answer to the smart home configuration nightmare (addressing installation and security) across all product ecosystems.

Here, Jeremy Cowan asks Raoul Wijgergangs, vice president Z-Wave Business Unit for Sigma Designs, how the new technology specification will make configuring Z-Wave devices for a smart home installation, regardless of the manufacturer, simpler — virtually out of the box. And with Z-Wave’s S2 security specification incorporated, can service providers guarantee a level of security not previously possible, across all devices.

IoT Now: What percentage of homes in North America and in Europe currently use smart home technologies of any kind (including smart metering)?

Raoul Wijgergangs(RW): According to Parks Associates 26% of US households have some form of smart home device (which includes products like Amazon Echo and Google Home).  In Europe penetration is closer to 10% with smart thermostats being the most popular smart home device. With regard to smart metering, the US has around 60 Million “smart” meters installed and the EU has an installed base of some 155 Million units. Unfortunately, the correlation between smart meters and smart homes has yet to be fully realised.

IoT Now: Why has take-up of smart home tech been faster in some markets than in others?

RW: There are a number of factors from low awareness to misconceptions about pricing, but the main consideration on a broad scale is that service providers are currently driving adoption and that tends to be strongest in markets like the US where there is 20% penetration of professionally monitored security and smart home functionality is a natural extension to that offering.

RW: We see the challenges as being two pronged:

IoT Now: What is Sigma Designs proposed solution to the nightmare of smart home configuration?

RW: At CES 2017, Sigma is introducing Z-Wave SmartStart, an enhancement to the Z-Wave specification designed to simplify service provider installation of Z-Wave devices in the smart home and reduce the time they spend in the customer premises. This helps service providers reduce costs and maximise return on investment (ROI). All of the pre-configuration is done in a service center, not the home. In most cases, an installer only has to mount the devices, turn on the power, and the devices connect to the network. Less time in the home means customer satisfaction is higher, as well.

IoT Now: How does it differ from other solutions to this problem?

RW: With Z-Wave SmartStart, the pre-configuration capabilities is not just across a few products, but across the breadth of the entire Z-Wave ecosystem: gateways, sensors and products from different manufacturers can all be integrated instantly, and be up and running in a customer’s home quickly. There is nothing else on the market that works cross brand, cross application, cross company like Z-Wave SmartStart. As service providers look to grow their investments in the smart home, ROI is a big component. Z-Wave SmartStart makes a compelling value proposition for them.

IoT Now: How can you deliver a higher level of security for users? What security features does it offer?

RW: In November, the Z-Wave Alliance added a security requirement to its long-standing interoperability certification. The Security 2 (S2) framework is mandatory for all products that are Z-Wave certified after April 2nd, 2017, and the S2 framework is also included in Z-Wave SmartStart. The security measures in S2, which was developed in conjunction with cybersecurity hacking experts, provide the most advanced security for smart home devices and controllers, gateways and hubs in the market today. By securing communication both locally for home-based devices and in the hub or gateway for cloud functions, S2 completely removes the risk of devices being hacked while they are included in the network.

The devices themselves are uniquely authenticated to the network using QR or pin-code. Common hacks such as man in the middle and brute force are virtually powerless against the S2 framework through the implementation of the industry-wide accepted secure key exchange using Elliptic Curve Diffie-Hellman (ECDH). Finally, Z-Wave also strengthened its cloud communication, enabling the tunnelling of all Z-Wave over IP (Z/IP) traffic through a secure TLS 1.1 tunnel, removing vulnerability.

IoT Now: Apart from broadband Wi-Fi, what technologies do home owners need in place for this to succeed?

RW: Actually, Z-Wave works separately and on a different frequency than the home’s Wi-Fi network. Z-Wave uses the Sub-Ghz band, which is not crowded by other technologies, so interference or latency is not an issue. Other smart home technologies, including ZigBee and Bluetooth, use the 2.4GHz band, sharing it with Wi-Fi and other technologies such as ANT+.

Z-Wave runs on a mesh network, where one Z-Wave product passes the signal along to another (“hop”) until the final destination is reached. Every device in the home acts as a messenger; the more devices you have, the more powerful and strong the network is. Devices can speak to other Z-Wave devices without an internet connection, keeping local control, with no latency issues for simple commands; with Z-Wave no data leaves the home unless you want it to.

IoT Now: Where is it available, when and what’s the cost?