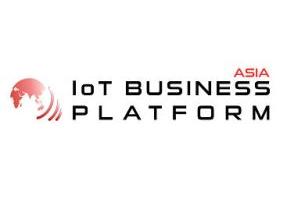 ASEAN’s Internet of Things (IoT) and Machine to Machine (M2M) thought leaders will gather in Singapore, in February, for the 12th edition of Asia IoT Business Platform.

Debuting in Singapore after 11 editions held across ASEAN in the past four years, the program will witness leading IoT leaders engage in panel discussions and present case studies on the region’s latest and most relevant IoT developments.

ASEAN is proving to be a bright spot for enterprise IoT projects; Frost & Sullivan estimates the IoT market in ASEAN to be valued at USD 1.68 billion in 2016 and it is expected to grow 35% a year. This accounts for 10% of the total Asia-Pacific IoT spending. Singapore, Indonesia, Malaysia, Thailand, and the Philippines lead the region’s IoT spending, with a strong focus on key areas such as smart cities, manufacturing, automotive, transport & logistics, and agriculture.

“There is no doubt that there is massive potential for enterprise IoT in ASEAN. We have seen many enterprises across different industries, from manufacturing and industrials to agriculture, already deploying IoT and reaping its benefits. There is a clear demand for such technologies to help transform enterprises to become more efficient and productive. This is an opportunity that IoT solution providers should quickly seize,” said Zaf Coelho, project director of Asia IoT Business Platform.

Zaf also noted that because of the rapid adoption of IoT in the region, it is now more important to understand the challenges that enterprises face in trying to deploy IoT in their businesses.

“The challenges that enterprises face in implementing IoT will determine how they view the benefits of IoT implementation and in turn, affects the demand for IoT technologies. By bringing the programme to Singapore, we hope to inform IoT solution providers here of the latest IoT developments in the region and to help them understand the different issues and challenges regarding IoT adoption,” he added.

The Asia IoT Business Platform in Singapore will feature three sessions dedicated to keynote, ASEAN smart city projects, and ASEAN enterprise IoT projects. The program aims to not only help IoT stakeholders keep abreast of the latest and most important developments in the region, but to also bridge them with the local ASEAN markets to foster important connections that will help drive the region’s enterprise digital transformation and IoT growth.