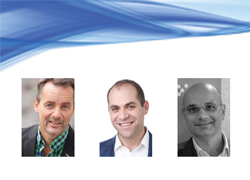 Retrofitting IoT technology is particularly relevant for services that involve expensive things that have long lifecycles including plant, cars, trucks and industrial machines. These things will be in operation long into future technological generations but the economic rationale for replacing them with IoT-enabled hardware isn’t there. Upgrading them with IoT-related technologies opens these things to the benefits of IoT and, crucially, also opens up the market for organisations outside the original equipment manufacturers (OEMs), writes George Malim

The need to retrofit IoT technology to deployed things has come about because IoT deployments have generated operational efficiencies and cost savings that operators of older equipment want to access. A simple example is in the consumer automotive market where insurers want to make usage-based insurance (UBIs) available to drivers of older vehicles. In fact, many brand new vehicles today don’t offer IoT functionality so there’s plenty of scope for retrofitting.

“Deploying IoT can be an expensive proposition for organisations that have invested considerable capital expenditure in equipment that is expected to last for another seven to ten years or longer,” acknowledges Daryl Miller, the vice president of engineering at Lantronix. “When faced with the choice between ditching a five- or six-figure investment in existing unconnected equipment or achieving greater return on investment with a new IoT-enabled solution, it’s no surprise that not everyone is on board yet and many choose not to invest anew. Retrofitting

provides a solution, especially as many devices and equipment already have ethernet ports, meaning they can be connected with a simple modification. IoT device gateways with built-in IoT apps enable manufacturers and systems integrators to connect virtually any existing machine and device securely, wirelessly and cost-effectively to the enterprise IoT.”

Magnus Melander, a director at Springworks, which has recently announced a deal with Swedish mobile operator Telia and its automotive service provider partners in Sweden to roll-out its Spark connected car platform to enable new services, agrees. The deal will see Springworks’ platform retrofitted to cars and enables a mobile operator, in this case Telia, to insert itself into the connected cars value chain without relinquishing control to a car maker or its partners having to wait until future generations of cars hit the market.

“We can’t wait ten or 15 years to have IoT capabilities in vehicles,” says Melander. “In Sweden there are 200,000-300,000 cars on the road that are connected [out of a national fleet of almost 4.7 million vehicles] so growing the market is the number one reason people look to retrofitting.”

The same is true in enterprise markets in which long-life equipment will need to have technology retrofitted in order to enable new business models. “New and disruptive market entrants and business models are shifting towards x-as-aservice propositions such as usage-based-pricing and outcome-based-pricing,” says Wael Elrifai, the director of enterprise solutions at Pentaho. “This is driving a need to

get more productivity, efficiency and uptime out of existing heavy assets such as mining equipment, trains or power

plants and this can be achieved through predictive maintenance, total asset optimisation, and schedule optimisation techniques, among others.”

However, it isn’t necessarily a simple case of plugging IoT devices into existing equipment. Hardware is often reliant on proprietary technologies or simply doesn’t have nowstandard interfaces incorporated into an old design. “It depends on what you’re trying to do but all industries have their own interfaces and standards and within those there are proprietary aspects,” acknowledges Melander.

Olivier Beaujard, the vice president of market development at Sierra Wireless, sees less of a hardware issue. “I don’t think that globally there’s a challenge on the hardware,” he says. “Products can be compatible for 2G and 3G modules and there are standard connectors such as serial ports or USB in a lot of hardware. A bigger issue is the quality of the power supply and the radio sensitivity – where you put the antenna is very important.”

Others have concerns that retrofitting can only offer limited additional capability, largely confined to sensor data applications. “Setting aside the possibility of actually altering existing integrated circuits, we are essentially left with adding sensors-in-a-box,” says Elrifai. “These could measure temperature, pressure, vibration or even take video across a wide electromagnetic spectrum to infer all of those data points, among others.”

Nevertheless there’s significant value to be extracted from sensor data in many markets. “There are lots of opportunities,” confirms Miller. “In industrial IoT, existing machinery and factory equipment is ripe for retrofitting and healthcare is another sector with great possibilities.”

Beaujard sees opportunities in the automotive sector where failure to offer IoT functionality could damage the car maker’s brand if a rival offers a new service or application. He also sees retrofitting continuing to have importance in the energy market. “Today, energy companies are retrofitting meters when they visit locations,” he says. “They’re taking the opportunity to retrofit but by doing so, the meter should last ten or 15 years.”

Melander similarly sees a wide range of retrofitting opportunities that will enable companies to transform their business models by combining established technologies and systems with IoT. “You could see Rolls-Royce charge for aero engines by hours in flight or an engineering company charge a municipality for running its bus system on a basis of people per kilometer,” he says. “I think that’s fantastic and enables companies to use the connections and create new services.”

Of course, retrofitting also creates an opportunity for non-OEMs to participate where manufacturers may have hoped to control the market themselves and we may yet see some protectionist moves in this respect. This type of retrofitting could result in an increased lifespan for retrofitting which by its nature could become obsolete as new hardware is deployed over the next decade or so.

Beaujard is unconvinced. “More and more now, everybody is doing over the air patches, upgrades will no longer be a big deal,” he says.

Melander thinks the retrofitting debate will subside as the concept of IoT simply becomes the new internet. “The internet started with connectivity and then operational values of quicker and cheaper before addressing strategy and rethinking industries,” he says. “In IoT, we’ve already left the connectivity part behind and are now in the middle of the operational era. Retrofitting is just a temporary, short-term solution to bring the services to life and then new things will come.”

However, that temporary period will last more than a decade and will see older equipment enabled with IoT technology and, critically, pose a significant threat to the dominance of OEMs as the market develops.