Home › Security › Chip innovation speeds us to the steampunk age 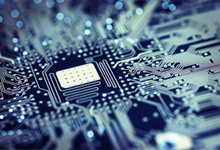 We’re now firmly in an age of acceleration in which trade, manufacture, development and domestic life are all conducted with greater efficiency – and at a faster pace. IoT is increasingly, along with artificial intelligence, big data and augmented reality, becoming a mainstream subject as a constituent part of this acceleration

This has been borne out in the latest book – Thank You For Being Late, An Optimist’s Guide to Thriving in the Age of Accelerations – by US Journalist Thomas Friedman in which he expands on the theme of technologies and globalisation coming together to radically accelerate the pace of modern living. Friedman is right to highlight the current thirst for speed but he also contrasts the accelerated development of microchips, which are the enabler of accelerative technologies, with the slower pace of development in other sectors.

A great example he provides is that if cars had developed as fast and as far as microchips over the last 50 years, the VW Beetle would by now be able to travel at 300,000mph, have fuel economy of two million miles per gallon and would cost about 3 cents to buy. This presents a problem, not just for the automotive industry but for many other sectors. If processing power continues to accelerate in line with Moore’s Law, the technologies it enables will somehow have to be integrated with technologies originated in far slower-moving industries.

Inconsistencies we now see as normal will continue to become more pronounced. For instance, today a two ton lump of metal that burns fossil fuels that have been laboriously extracted from the ground at great cost and environmental impact, knows how to park itself, how to book itself in for maintenance and how to protect its occupants from injury. However, all that micro chip technology is still wrapped around a power unit that a Victorian engineer would recognise.

This development gap will only widen as our world of solutions continues to integrate advanced electronics with archaic mechanical devices. The huge advances achieved by the acceleration Friedman describes are ushering in a world that will increasingly be populated by machines that resemble steampunk-style fantasies of a post apocalyptic future. Ships that would be recognisable to ancient Egyptians will roam the oceans uncrewed, taking cargo from port A to port B without human interaction, enabled by advances in microchip technology.

Perhaps we should slow down for a minute and consider how we can accelerate development of other technologies to let them catch up with microchip development, rather than using microchip capabilities to mask their obsolescence.