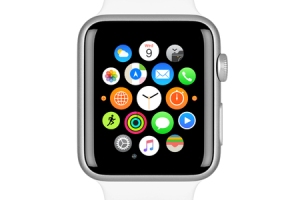 A new study from Juniper Research has found that while the number of high-end smartwatches is faltering, ‘smart analogue’ or hybrid watches remain largely unaffected by the market slow-down.

These watches have traditional watch faces but offer some connected functions (like tracking steps or enabling NFC payments), and claim a larger portion of the market than previously anticipated.

While basic smartwatches account for around 30% the current market value, Juniper anticipates that this share will grow to almost 40% within the next five years.

The research, Smartwatches: Trends, Vendor Strategies & Forecasts 2017-2021, anticipates that as the high-end multifunctional smartwatch market slows, vendors will refine or remove unpopular functionalities, focusing on specific use cases, such as fitness and health.

Multifunctional smartwatches are the most visible smartwatch category overall, but now that initial interest has waned, the segment is consolidating. Motorola and Huawei have both withdrawn for the present, while Pebble and Vector have been acquired. The sector is now primarily the preserve of Apple, Samsung and Fitbit, together with traditional watchmakers like Fossil and TAG Heuer.

Meanwhile, with no ‘must-have’ use case emerging for multifunctional smartwatches, Juniper says it has scaled back its estimates for market growth, and now anticipates that fewer than 60 million smartwatches will be shipped annually by 2021.

Research author James Moar remarked: “Now that the initial smartwatch buzz is over, a longer product lifecycle and sluggish adoption are responsible for the slowing market, as users do not regularly upgrade.”

The report also indicates that, despite being present in several smartwatches, NFC is unlikely to generate new use cases for the category, as it is frequently locked into the device vendor’s mobile payment system, hindering innovation.

Customisable watch faces are said to be dominating smartwatch app downloads, implying that Android will take most of the category’s software revenue.