Home › Internet of Things/Cloud Services › IoT-based cyberattacks: How AI can defend against the growing threat 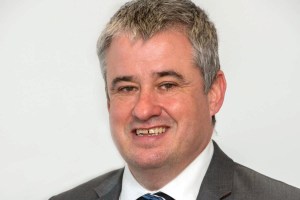 By 2020 it is estimated that the global Internet of Things (IoT) market will have grown to more than $1.7 trillion. According to a study by Gartner, by the end of this year alone the number of IoT devices on the planet will have reached more than 4 billion.

It is not unreasonable to suggest that by the end of this decade, these devices will outnumber humans. Here Bryan Lillie, chief technology officer at QinetiQ, explores the current threat of IoT-based cyber-attacks and suggests a novel method that could defend against them.

Such exponential growth has facilitated two major developments. It has boosted technology markets around the world and it has warped the landscape of cyberspace. The information superhighway that constitutes our digital communications can now be accessed through a plethora of different tools.

From fridges and cars to medical instruments and children’s toys, the IoT has given rise to an era in which almost every technology is being gifted with a connection to the internet, causing this superhighway to grow in size and become multifaceted.

For the cyber security industry, this has made cyberspace increasingly difficult to defend with existing security methods having remained relatively stagnant in comparison to this rapid evolution. Artificial intelligence is one of the few technologies that is part of this new era of connectivity and therefore may offer a solution to the underlying problem within the IoT sector.

This problem stems from the lack of security on IoT devices, a problem exacerbated by the sheer number of them. The vast majority of devices sport low-end processers and have limited capacity. Some altogether lack the capability to be extended with security software.

When you’re competing for processing power and space, security is either a secondary consideration or not considered at all by many manufacturers. This has seen the IoT become a prime target for cyber-attacks and is regularly exploited by cybercriminals.

Take healthcare. Patient monitoring systems are becoming connected to allow for continuous tracking and potentially, automated care routines. Yet there is proof that these can be hacked through a simple USB drop, providing a route to then infiltrate the wider hospital network.

The construction industry is undergoing similar transformations as a result of the IoT revolution. Building management systems (BMS) are being installed within constructions, allowing buildings to become more connected. Called Building Information Modelling (BIM), this new industry is expanding and is seeing technologies placed within constructions to track use across their lifespan and allow for better management of facilities.

IoT is now a catch-all term that is not necessarily limited to just ‘things’. Infrastructure itself is becoming part of the internet, expanding cyberspace on a grand scale.

The combined factors of intense growth and little regard for security has created an interconnected network with numerous vulnerabilities that stretches across the globe and is allowing compromised IoT devices to frequently become staging posts for more serious hacks in networks.

Most recently, IoT devices were used to host malicious lines of code that served as a launching pad for a series of DDoS attacks on popular websites. Unknown perpetrators gained access to thousands of home devices by hacking easy-to-guess default passwords, hijacking the devices and using them to down popular websites such as Twitter, Reddit, Spotify and many others. Traditional security measures are not always effective in dealing with this rapidly emerging threat. But recent strides in artificial intelligence have the potential to provide a new level of advanced cyber security that could prove highly effective in contending with the unconventional and dispersive nature of IoT cyber-attacks.

These programmes sit within systems, adapting their behaviour based on what they experience within that infrastructure. The potential this technology has for defending businesses is phenomenal. By studying an organisation’s network the programme can determine what characteristics of the environment are abnormal.

Systems using artificial intelligence will gather information about the network and connected devices and subsequently seek out anything that is out of the ordinary. They can monitor incoming and outgoing IoT device traffic to create a profile that determines normal behaviour of the IoT ecosystem and react to the slightest irregularities in a way that traditional security software is unable to do.

Machine learning developed for this purpose mirrors the immune system of a human, allowing a system to detect anomalies and adapt to cyber-attacks it has not recognised before.

The rapid expansion of the IoT into various industries has afforded cybercriminals with a new and almost completely undefended attack vector. As a result, cyberspace has evolved and the cyber security industry must evolve with it in order to effectively contend with these rising threats.

Artificial intelligence offers one such solution and may provide the answer the cyber security industry is looking for. These advanced technologies have the potential to offer the appropriate defensive needs against a threat that is growing and altering very rapidly.

The author of this blog is Bryan Lillie, chief technology officer at QinetiQ