Home › Blogs › Are drones and autonomous vehicles the answer for smart services in rural areas? 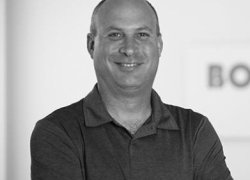 When we all talk about smart cities we are, of course, overlooking something important. Not everyone lives in a city. One company is working to redress this imbalance. Here, Jeremy Cowan of IoT Now talks to Roei Ganzarski, CEO of BoldIQ.

IoT Now: The growing smart cities revolution has been heavily covered in the news lately. What about rural areas?

Roei Ganzarski: Although smart cities usually steal the spotlight, the smart rural area is a trend tech-savvy readers should be following as well. Our cities are heavily congested, but remote areas where population is more sparse present room for optimisation as well.

For example, the on-demand trend is more difficult to execute outside of the densely-populated metro areas because sending a driver with a car on a two-hour drive to deliver a single package in a rural community will burn through the driver’s time, gas and wear away at the delivery vehicle.

The solution to the inefficiency in rural-area deliveries is removing the human factor altogether. How? Think drones and autonomous vehicles. First and foremost, drones and autonomous cars are efficient, low-cost and timely. Implementation of next generation technologies like driverless cars, trucks and drones will help make deliveries, even in sparsely populated areas, more efficient.

IoT Now: What differences in technologies will we see in smart cities v. smart rural areas?

RG: Contrary to popular belief, rural areas will implement autonomous vehicles and drones before metro areas. Congestion and parking of metro areas will only complicate the successful use of driverless vehicles, making the sparsely populated rural areas more attractive for early implementation and testing.

As smart cities and rural areas become more connected, these two methods will begin working together to make both regions more efficient. ‘Long haul’ autonomous vehicles will bring their cargo to depots on the outskirts of cities, like Amazon’s new cargo hub in Kentucky, then workers will transfer the shipments to smaller delivery bots or drones to complete the so-called ‘last mile’ deliveries.

IoT Now: Does the greater focus on smart cities mean rural connections will lag behind in the future?

RG: No, for the reasons outlined above, rural areas will probably surge ahead of cities in trialling these innovative methods. Consider recent examples (Uber’s successful cross-Colorado beer delivery and Amazon’s drone delivery in rural U.K.) that point to the trend of rural areas being favoured for early implementation of next generation delivery and transportation methods.

The wide-open spaces present fewer risks when trialling new delivery and transportation methods. While in test or general use, would we rather have a drone flying over a dense neighbourhood with playgrounds, schools and roadways underneath or in a more remote secluded area with farmland and open space?

IoT Now: How will smart connections be used by the average person, based on location?

RG: In the next few years, location will play a major role in the way next generation technologies impact a person’s life. Rural areas can expect to see an increase in driverless cars and drones, while cities will see more small bot deliveries in the near future.

Regardless of exact implementation, next gen technologies will connect rural and urban areas and make sure they are truly ‘smart’ by improving the efficiency of deliveries and transportation. As delivery methods become more efficient and cost-effective, consumers may then find themselves significantly changing their buying patterns and buying more, simply because they can, which increases business.

IoT Now: How long will it take for us to implement and adopt these next gen technologies?

RG: Next generation technology presents an opportunity to improve our day to day lives, from less congestion on the roads to real-time deliveries, all the time. Following operational testing and addressing inherent problems (for example, the safety of a delivery drone or the decision-making capabilities of the single autonomous car), cities and rural regions will need to consider the cohesive deployment of these technologies.

The greatest challenge is not ensuring the drone can make it from point A to B as planned, but rather overseeing the deployment of these new fleets to avoid a sky overfilled with drones or roads congested with driverless cars; Essentially adding to the problem we are seeking to solve.