Home › Blogs › It’s time to stop re-inventing the wheel: How the use of smart terminals accelerates deployment of IoT projects 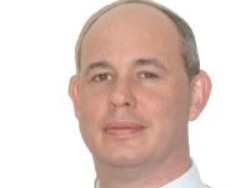 2017 is already proving to be the year the Internet of Things (IoT) demonstrates its worth. While consumers are continually impressed by virtual assistants that manage lighting, thermostats, ovens and regulate fridge temperatures and inventory, the use of IoT technology for businesses, both large and small, is turning heads.

Key players in enterprise are discovering more ways to add significant value and real-time knowledge to their business.

Every company will have its own strategic objectives and will have defined what it believes to be its competitive advantage. Whether they achieve their goals and maximise their advantage will come down to how willing they are to embrace the future, change and new technology.

Connectivity gives us an amazing range of opportunities to improve how business performs – just think how much of a difference embracing the IoT could make to global industry as a whole, or just one business, if deployed in the right way, at the right time, says Neil Bosworth, UK manager, Gemalto M2M.

It is hard to find many executives now who do not at the very least acknowledge the difference adding connectivity can make. It can revolutionise approaches to remote monitoring, building management, predictive maintenance, fleet management and agriculture… More and more people realise this now, but does that mean deployment is right around the corner for everyone? Yes, as long as the ease of the process is understood by business leaders.

However, it’s not just a case of illustrating the theoretical benefits of connectivity, it is now all about showing a greater number of business leaders what it takes to deploy an enterprise IoT solution successfully. And it’s about how it can be done without nearly as much hassle as some think. To convince decision makers on the merits of an IoT project, companies must take every opportunity to accelerate deployment and cut out unnecessary pre-production time.

One of the best ways to secure the necessary investment from leaders and win the company-wide buy-in needed to support a deployment is to show how a change can be made relatively quickly, efficiently, and of course how the end result will provide a wealth of valuable information. There are two options available.

The first is to go bespoke and develop an IoT solution from the ground up that meets every specific need your company has. The other is to opt for a pre-made IoT terminal where so much of the thinking has already been done for you. For many companies, a bespoke, time-consuming approach is not a necessity given the IoT is still in its infancy. Quicker options now exist for those with smaller scale objectives.

Indeed, it is in this case where opting for a pre-designed and pre-certified endpoint solution is the best move when it comes to significant savings, both in terms of costs and time.

There are key areas that need to be tackled during a bespoke IoT project. Some of these phases are time-consuming and costly and there are several areas where we could eliminate steps through the use of off-the-shelf terminals, as I can explain.

Firstly, when assessing different approaches to the workflow of IoT deployment, we must look at the conceptual stage. A fully bespoke IoT deployment design requires the creation of a development board, connection to the connected object, and the development of AT Commands on lab equipment such as network connection management and data formatting.

The time scale for this would be at least two months, likely three months. In contrast, using a pre-made terminal can cut this conceptual stage time down significantly. In fact, for a simple device to server connection it’s possible to get a demonstration of a connected device running within a couple of hours. The cost savings are immediately apparent with no need for creation of a concept or development board.

Using the terminal, companies can jump to writing software that works with terminal far more quickly than they would using a bespoke approach.

Next up is the prototype stage. It’s here that we can begin to see a stark contrast in the difference in time between using a pre-made terminal and a bespoke approach. A bespoke prototype requires many complex, time-consuming elements/tasks, such as schematic capture, layout design, component selection and migration strategy, component procurement, RF concept, enclosure design, and embedded firmware.

Overall, the prototype process for the bespoke approach can take four to five months, over double the timescale for a terminal-led approach of only one/two months.

Next comes pre-production, a crucial stage of course. Products, quite understandably, require significant approvals – especially for connectivity. This process often leads to multiple design iterations, component and layout changes, as well as scheduling time with an authorised test facility. The costs of tests, retests, and reports are significant, running from €10,000 – €50,000 (US$ 10675.50 – US$ 53377.50).

The requirements for the bespoke design process are many – reworking the schematic capture and layout, optimising component selection, negotiating component procurement, RF approvals in test house, general EMC approvals, test equipment design for manufacturing and manufacturer selection are just some of the factors that need to be taken into account.

Of course, many extra skills are needed for this as well, such as hardware and RF design. Similarly to the prototype stage, this bespoke route can take as long as five months (four months in a best case scenario). With a pre-made terminal, this time can be cut down to just a month or two.

Finally, the production stage of a bespoke process will often take at least another 4-5 months. Design requirements such as documentation and warrantees need to be considered, and other obstacles such as export restrictions need to be navigated.

In contrast, a pre-made terminal is ready to go without any production process needed. This wipes out costs needed for bespoke production runs, but also ancillary concerns such as documentation, warranty, and export restrictions.

In total, the time to deployment using a pre-made terminal can be as little as six months, only a third of the expected time of a bespoke approach. When this difference is realised properly by key decision makers, and they see how easy and hassle free deployment can be, we expect to see many more businesses and industries as a whole harness the transformational power of the IoT and enjoy real-time performance monitoring, alerts and diagnostics and increased efficiency.

The author of this blog is Neil Bosworth, UK manager, Gemalto M2M