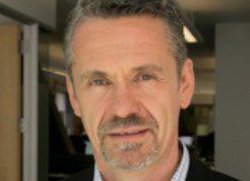 Mocana Corporation, a provider of mission-critical IoT security solutions for industrial control systems and the Internet of Things, announced that the company has received $11 million in additional investment from Sway Ventures, Shasta Ventures, Trident Capital Fund and GE Ventures.

With the added capital, the company will continue to advance its IoT Security Platform to protect billions of connected devices that comprise the industrial IoT market, which Grand View Research predicts will reach $933.62 billion by 2025. The funds will be used to accelerate innovation and drive growth. The company serves hundreds of industrial manufacturing and IoT companies, and its software protects more than 100 million IoT and industrial control devices.

“Mocana has a mission and responsibility to protect the billions of devices that make up the Internet of Things,” said William Diotte, CEO, Mocana. “Hackers are taking advantage of weak security in IoT devices and industrial control systems, and the pace and impact of cyber attacks is only increasing.

Mocana’s IoT Security Platform allows IoT devices of every size to defend themselves from cyber attacks by using military-grade cryptographic software installed on a chip, or flash memory embedded within a device. We couldn’t be more excited about the support we’ve received from investors and dedication from our team to bring the next generation of security technology to market, at scale.”

The Mocana platform provides a full-stack solution for securing IoT systems from the endpoint, to the gateway, to the cloud and back again. Mocana is solving one of the biggest challenges of defending against cyber attacks: enabling devices to defend themselves once a hacker gets behind a firewall or gains access to a computer on the inside of a private network.

The platform ensures that both the device and the data can be trusted by securing the boot process and the firmware, and securing the transmission of data between the device, gateway and cloud.

The new funding round marks an additional milestone for the company as it continues to gain an advantage in the market.

Over the last several months, Mocana has demonstrated strong momentum with significant company and product milestones, including: