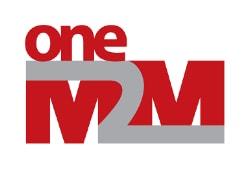 oneM2M, the global standards initiative for Machine-to-Machine (M2M) and the Internet of Things (IoT), and Hewlett Packard Enterprise (HPE) gave an insight into how oneM2M’s industry standards are deployed in real-world scenarios during a jointly-hosted webinar on Thursday, May 18.

The presentation was the first in a series of webinars designed to highlight various implementations of oneM2M across the technology industry. Presented by Claus Hansen, worldwide director, Internet of Things, at HPE and Pierre-Yves Descombes, Internet of Things product manager at HPE, the webinar gave an update on how the HPE Universal IoT Platform aligns with the oneM2M industry standard and gave an insight on how deployments such as HPE’s are accelerating the adoption of the IoT.

Launched in May 2016, the network- and vendor-agnostic Universal IoT Platform is designed to remove barriers for mass IoT adoption. It is said to enable IoT operators to simultaneously manage heterogeneous sets of sensors and operate vertical applications on M2M devices, as well as process, analyse and monetise collected data in a single secure cloud platform.

“As the number of IoT devices in networks continues to rise rapidly, there is a growing need for enterprises and service providers to deploy horizontal solutions that can connect and manage devices interoperably,” said Nigel Upton, worldwide director & general manager, IoT/GCP, at HPE.

“By deploying the oneM2M standard for our Universal IoT Platform, HPE has enabled these enterprises to add new functionalities and benefits for users. During the webinar, we will introduce some use cases and display how the oneM2M standard has helped HPE act as a driving force in building essential IoT infrastructure.”

“The scope and diversity of the IoT is growing all the time and platforms such as HPE’s have a huge role in ensuring that everyone receives the best value and service from it,” said Roland Hechwartner, vice chair of the Technical Plenary at oneM2M. “The use of the oneM2M standard in its Universal IoT Platform is one of many major deployments of the standard over the last 12 months.”