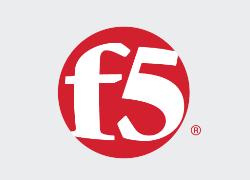 A report on the future of applications, highlighting major trends and projections that will significantly impact society, has been unveiled by F5 Networks application security and cloud solutions specialists.

Called the Future of Apps, the report draws upon research conducted by The Foresight Factory. It uses a proprietary bank of technological and sociological trends, combined with original research from 25 markets across Europe, Middle East & Africa (EMEA). It also references interviews with experts and entrepreneurs in the automation, biometrics, IT and technology sectors.

The Future of Apps highlights the evolution of artificial intelligence (AI) and machine learning, as well as the need for new collaborative models to support heightened transparency demands. It also charts the rise of new app interfaces (including augmented and virtual reality) and the potential-rich influence of blockchain technologies and edge computing.

“This unique report provides an insightful view into the future of apps and the rapid transition to a powerfully immersive digital and app-centric society,” said Josh McBain, director of Consultancy, Foresight Factory.

“Physical and digital worlds are blurring. We now have the opportunity for unprecedented productivity and efficiency at both a corporate and individual level. More than ever before, embedded biometrics and AI will enable humans to take greater control of their personal data.

However, these technological shifts will bring significant risks to an increasingly fraught threat landscape, including the dangers of self-replicating AI, autonomous vehicle hacks or the weaponisation of the Internet of Things. We now need to be prepared for when cybercriminals hack the human or even breach the brain,” McBain added.

The Future of Apps indicates how the balance of power is shifting away from businesses, creating immense opportunities for those capable of delivering apps with speed, adaptive functionality and security. This is particularly true as apps increasingly harness the cloud and sit at the heart of complex ecosystems incorporating everything from voice and biometrics to haptics and augmented reality.”

The report’s key themes include:

The rise of the Internet of Things (IoT) and evolution of integrated apps.

According to Foresight Factory, organisations need to quickly adapt and deliver models for proactive collaboration and transparency. This is crucial in the context of new data legislation – which will continue to trail digital economy developments – as well as the impact of IoT, AI and machine learning.

The report suggests that secure and consumer-focused data practices could eventually emerge as a benchmark or standard equivalent to sustainability or environmental impact. There will also be significant changes in the power struggle for personal data.

Foresight Factory reports that, in the longer term, many consumers will move away from corporates to proactively isolate and control data sharing. Globally, Allianz anticipates that the current total written premium for cyber insurance policies, currently estimated at $2.5bn could reach $20bn by 2025.

The revolution that AI, biometrics and machine-learning in apps enabling optimum decision making.

The developmental trajectory of future apps will be heavily influenced by AI and machine learning.

Developments in this field are likely to include more personalised, predictive services in areas such as cognitive health. Foresight Factory found that around half (49%) of surveyed consumers crave services to understand the future impact of their dietary choices, rising to 57% among Gen Y.

EMEA is already poised for the next wave of advances. Nearly a third of surveyed respondents across Europe and South Africa say they use voice commands on their mobile devices. At the end of the first quarter of 2017, there were over 10,000 third-party voice enabled apps on Amazon’s Alexa platform – a 100% increase on the last quarter of 2016.

The increasing use of augmented and virtual reality and a future world of embedded smart technologies and individual realities.

Against this backdrop, app interfaces will be transformed by the rise of “mixed reality” and hardware innovation. Location will become irrelevant to many aspects of communication, learning and experience, creating the notion of “individual realities”. In parallel, new risks will arise as individuals become ever more immersed in their computational existence.

To keep pace, developers need to approach app design with a view to embed or layer into a wider ecosystem. Equally, they need to anticipate new app interfaces that more effectively integrate voice, biometrics and haptics.

De-centralisation as blockchain technologies and edge computing move into the mainstream.

Research and Markets anticipates that by 2020 blockchain technology and solutions will be used by up to 65% of enterprises. The global blockchain market will grow from US$210.2 million in 2016 to US$2,312.5 million by 2021.

The ethos of decentralised apps, or “dApps”, chimes with a growing appetite for peer-to-peer solutions, driven in part by institutional mistrust and a desire for better value. Across Europe and South Africa, a third of consumers (32%) have used, or would be interested in using, a peer-to-peer lending service, rising to 37% among Gen Y.