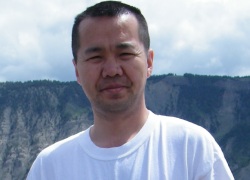 The expectation around the Internet of Things is truly amazing. The interconnectedness of the devices and services will, eventually, change the way we live and work. With estimates by IDC that we will generate 40 zettabytes of data by 2020, the question is whether there will be IoT devices there to service this data.

What many in the industry do not discuss is the time that it takes a typical IoT device to market. Long testing and development cycles make quick turnaround almost impossible. However, the technology exists to shorten the development cycle. This concept of “Internet of Things in a Box,” has the potential to bring these devices to market more quickly.

When thinking and talking about IoT devices, much of the focus is on the design. Take consumer health devices: devices that track blood sugar levels in adults with type-2 diabetes, smart appliances that gather data for insurance companies, wearables that track metabolic rates are all promising devices. However, a typical medical device can spend two years in development with a team of 15+ engineers before it moves to FDA review, says Baoguo Wei, founder and CEO of Blink’r.

A IoT application typically has a hardware piece connected to a cloud backend and an interface to people and possibly people to people connection. The reason why IoT development takes very long is because of its complexity. The development typically has a large team with usability, industry design, mechanic, hardware, manufacturing, embedded software, backend end, App and test engineers.

The reality is that this development time and large team do not need to exist if we have a “IoT in a Box” tool set defined as:

The problems with IoT device design come with the different aspects that it takes to get a device market-ready. Right now, a design goes from design to prototype for development. Before you go to a prototyping environment, you need learn the technologies and tool sets, which adds to the development time. The most important elements – the signaling technology and connections to applications, the cloud and other back end systems – often come in at end, which adds to the development time.

The author of this blog is Baoguo Wei, founder and CEO of Blink’r