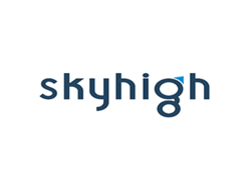 Skyhigh Networks, the provider of Cloud Access Security Broker (CASB) platform, announced it has detected and remediated one of the first examples of an operationalised cloud-to-cloud threat in the enterprise. Attackers used popular cloud service platforms to conduct a persistent attack to log into corporate Office 365 accounts.

Known as a ‘brute force’ attack, Skyhigh has been tracking the campaign since early 2017, with targets including high-level employees at multiple Fortune 2000 organisations.

Cloud services are on path to become the standard for enterprise IT solutions. Office 365 has taken a dominant role as the productivity solution of choice for enterprise data; 58.4% of all sensitive corporate data in the cloud is stored in Office 365. This new cloud-to-cloud attack points to an IT security blind spot and anticipates the ‘new normal’ of cloud-based attacks.

“Sensitive data has already moved to cloud applications, so it is only natural sophisticated attacks are following,” said Slawomir Ligier, SVP of Engineering, Skyhigh. “While companies traditionally have invested extensively in perimeter security, those without a dedicated cloud security solution will lack visibility and control for a growing category of attacks. Enterprise cloud providers secure their infrastructure, but the ultimate responsibility to control access to sensitive data lies with the customer.”

Anatomy of the attack

Earlier this year, Skyhigh’s CASB platform detected and defended against a ‘slow-and-low’ pattern of coordinated attacks on high-value targets, including more than 100,000 failed Office 365 logins from 67 IP addresses and 12 networks. The attempts all came from instances hosted on cloud service platforms and targeted 48 different organisations. The duration and measured pace of the attacks suggest a determined effort and the desire to avoid detection. Within each organisation, the attackers targeted a small number of senior employees across multiple departments.

A brute force attack typically refers to repeated guesses at an account password. In this case, the attackers tried logging in with different versions of employees’ Office 365 usernames, suggesting they may already possess some combination of employee names and passwords and were seeking valid Office 365 usernames for data access or spear phishing campaigns.

Password data could have been obtained in a database breach of a service like Yahoo or a phishing attack; studies have shown nearly half of online users reuse passwords across accounts. If the attackers confirmed an accurate Office 365 username with a correct reused password, they could successfully log into corporate Office 365 applications and potentially additional cloud service accounts.

Skyhigh’s CASB detected and defended against the attack by correlating Office 365 API login data across employees and customers. The platform’s Threat Protection feature analyses cloud-user activity with cross-tenant machine learning algorithms to identify correlated anomalous behaviour indicative of persistent threats that would have otherwise flown under the radar.

Skyhigh brought the attacks to the attention of targeted customers and have been working to help clients audit all cloud services in use, enforce secure login policies and provide a comprehensive picture of threat intelligence across cloud environments.