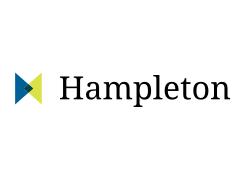 “Overall, our research shows that technology M&A cooled down in the first half of 2017,” said Miro Parizek, principal partner of Hampleton Partners. “However, it is critical to be more nuanced and to look deeper into specific sectors and the related data when assessing deal activity and planning strategy.”

Parizek added “M&A and funding is accelerating in select sectors, as more ‘non-technology’ or traditional companies and private equity firms move to acquire and invest in technology and innovation. Artificial intelligence, augmented reality/virtual reality, and cybersecurity are three of the most promising sectors for technology M&A right now.”

Key findings in the technology M&A market reports for 2H 2017 include the following:

Hampleton’s research team publishes semi-annual technology M&A market reports by sector with data on transaction multiples, analysis of deal drivers, and informed discussions of current trends and what to expect in the near- to mid-term future. The series of reports, empowers technology business owners, sellers, acquirers and investors to evaluate sector specific valuations, as well as timing for their own M&A activity or exit planning.