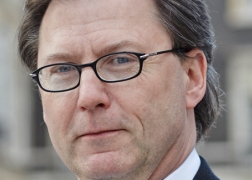 The DRIVEN consortium unveils the first three of its proposed fleet of six self-driving vehicles, a white and blue 2014 Ford Fusion Titanium hybrid, a 2017 Ford Mondeo hybrid and a Range Rover Evoque.

The Range Rover Evoque will be on display to the media and public for two days at the Cenex Low Carbon Vehicle (LCV) Event 2017 in Millbrook, Bedfordshire from the 6th September 2017.

Speaking on the significance of the occasion, DRIVEN project director and Oxbotica CEO Graeme Smith said: “We’re hugely excited to be unveiling the cars we’ll be using to run our autonomous driving trials in our special DRIVEN livery. While local residents around our Oxford office will have had a few sneak previews of our first vehicle, now everyone can see our Range Rover Evoque, Ford Mondeo and Ford Fusion as they will appear early next year in self-driving mode on public roads around Oxford and then along the Oxford to London corridor.”

Also commenting, Steve Gooding, director of the RAC Foundation said: “Testing the technology that enables autonomous driving is clearly an important part of the development process.

“High visibility branding of the test vehicles is a good thing, as they move from extensive off-road trials to streets where they’ll be mixing with everyday traffic, so that we know not to panic when we see one approaching with no-one holding the steering wheel.

“Possibly the most important thing about these trials is not the development of the technology as such but the building of our confidence in how it works, because that will be key to public acceptance of driverless vehicles both as road users and in time as potential passengers.” 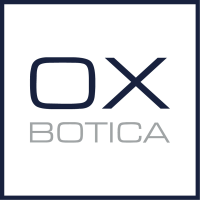 DRIVEN, which is in receipt of an £8.9 million (€9.74 million) government grant designed to stimulate the development of new technologies, is an ambitious project that will see a fleet of Level 4 autonomous vehicles being deployed in urban areas and on motorways, culminating in multiple end-to-end journeys between London and Oxford in 2019. By operating at Level 4 autonomy a vehicle has the capability of driving itself most of the time without any human input.

Testing of key manoeuvres with the vehicles – including how to navigate roundabouts, tricky traffic junctions, and interaction with pedestrians, cyclists, and other vehicles – is already taking place at RACE’s AV test facility at Culham Science Centre in Oxfordshire. During testing, fully licensed and specially trained safety drivers, will be in the vehicles at all times, ready and able take over the driving if necessary.

DRIVEN will be organising a public demonstration of its self-driving vehicles on selected roads around Oxford in early 2018. The next six months will see DRIVEN’s fleet of vehicles increase to four, with urban trials taking place around the streets of Oxford. By Q3 2018, there are plans that the fleet will be six-strong. The wide-area road testing of the fleet is due to start in late-summer 2018 across a range of environments including low-speed urban and higher speed long distance motorway driving. 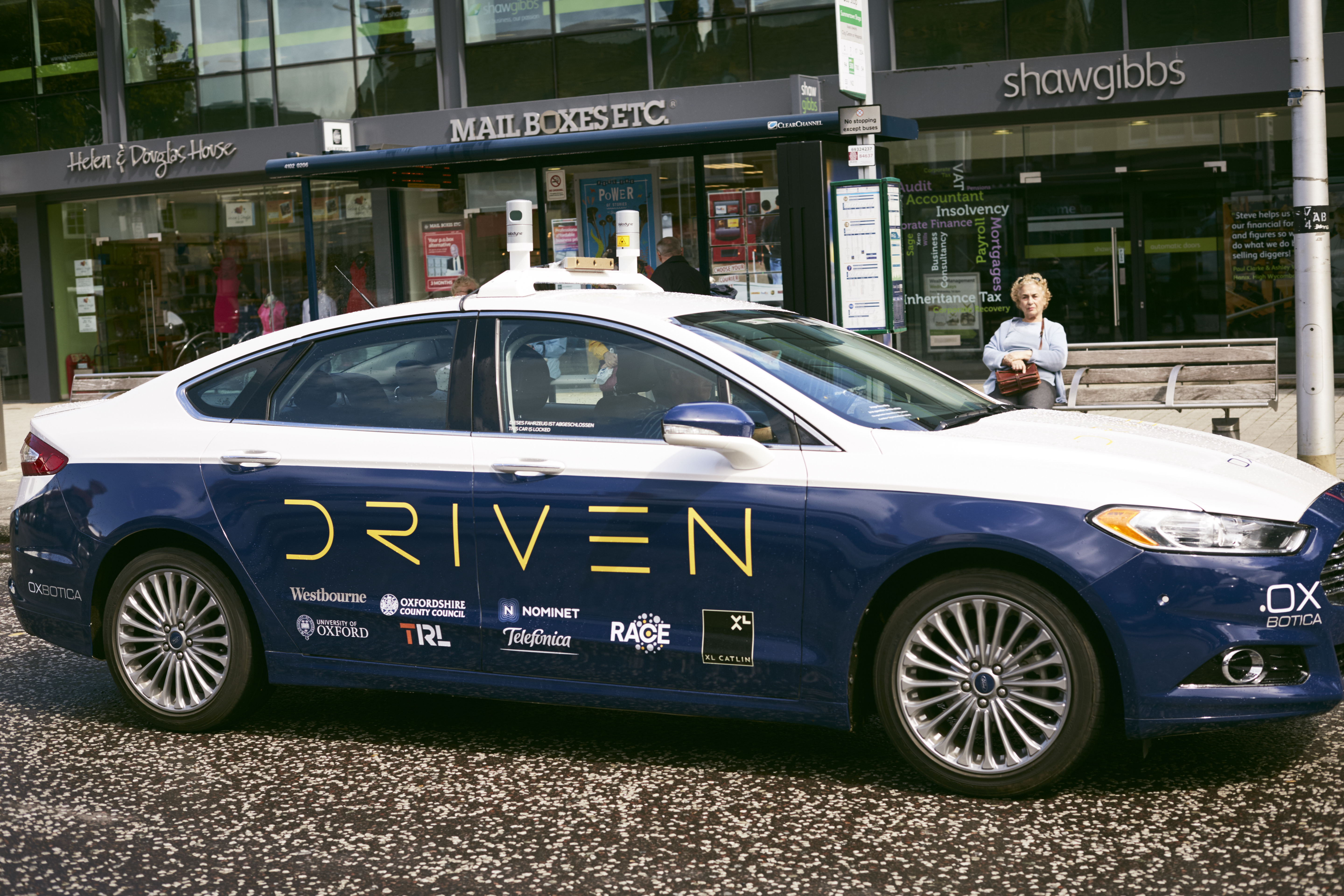 The vehicles are fitted with a wide variety of technology, including Oxbotica’s Selenium autonomy software, lidar sensors, on board computers, and cameras. Through its members at Telefonica and Nominet, the DRIVEN consortium is ensuring maximum security of this data to protect drivers and other vehicles from cyber security threats.

A key opportunity for the consortium and one of its members, global re/insurer XL Catlin, and TRL (the UK’s transport research laboratory) is to develop real-time risk assessment systems that enable a better understanding of how to improve overall system performance across a range of real-world conditions. By 2019, the consortium plans to have developed a ‘Real-Time Risk Register’ that automatically processes a range of data from both the vehicle and external sources that surround it, for example traffic control systems.

Testing of data sharing with insurance systems is due to take place from January 2018 and will enable development of ‘Insurance in the Loop’, under which cover is granted automatically when the vehicle is in autonomous mode. The system has the potential to radically transform how insurance and autonomous vehicles will work together in connected cities.